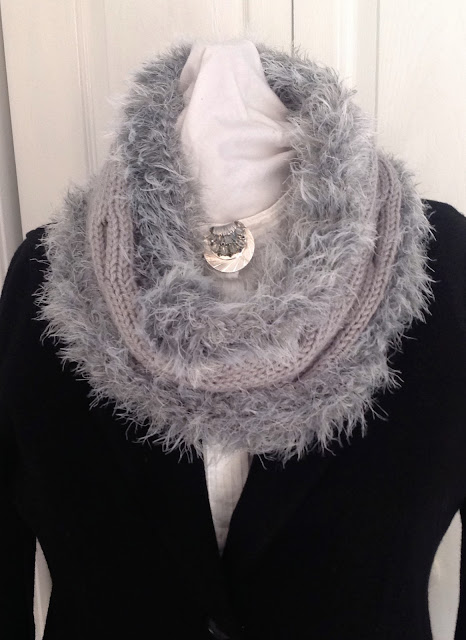 "You start getting itchy around your 19th year. It'll get better." These words emanated from the mouth of an elementary school teacher I met at a party yesterday, an African American woman who is currently in year 31 of her career as an educator.  An individual with an imposing frame to match her big personality, she went on to explain some plans she has for her post-retirement career.  I won't elaborate on her entire idea, but, in a nutshell,  it involves her serving as a well-paid liaison between parents and their children's teachers and tutors.

There is a woman in my neighborhood who retired after a similarly long stint in the classroom as a high school English teacher. She has now published a veritable slew of novels under the pseudonym Regina Jeffers.  She began by writing and self-publishing several Jane Austen knock-offs and gained some attention for her work--she was even invited to speak about Jane Austen at the Smithsonian Institution.  Jeffers has now published at least five works that are part of an original series of Regency romances.  During a trip to my local used book store the other day, I picked up one of these entitled A Touch of Grace.  The book offered a merry romp--replete with kidnappings, disguised identities, and a group of men who are the Green Berets of their day.  While not exactly literature characterized by gravitas, the book impressed me with the writer's imagination and wild creativity. 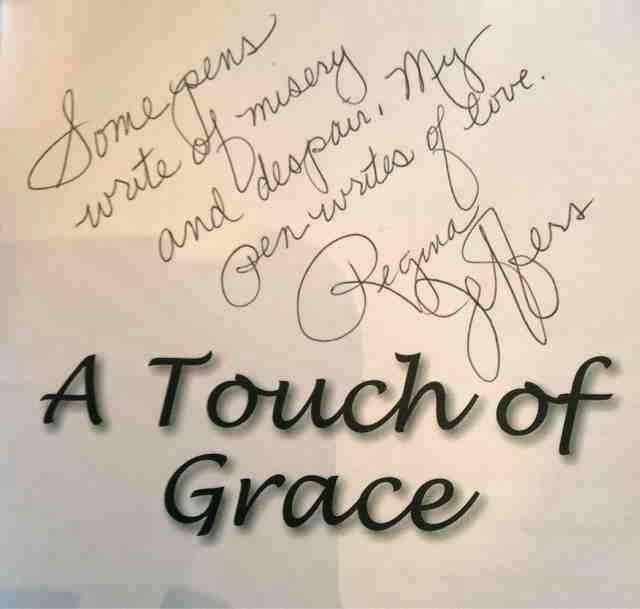 While our society worships youthful achievement, the stories of these two women are not uncommon.  An awful lot of people do not retire to go hit golf balls in the desert or to simply sit and knit by the fire. I had to remember that fact the other day when I heard a broadcaster on NPR talking to a philosopher who has come up with a theory of a "peak year."  The philosopher did not explain his notion in depth, but his basic assertion is that individuals have a year when all sorts of disparate elements come into play and, as  a result, he or she will attain some type of superior achievement.  His conclusion:  It's all downhill after that.

I was a bit disheartened when I heard this broadcast, as I will be turning 50 in a few weeks and wonder if my glory days (were there any of these?) are behind me, especially when now--in my 22nd year in the classroom--I am so absorbed with embarking on planning for a second portion of my career journey--one related to knitting in some still-nebulous shape or fashion.  But the woman whom I met at the party yesterday, my authoress neighbor, another close friend, an English teacher, too (who went through bankruptcy and divorce in her 70s, relocated, and now teaches at a community college in Florida), along with so many other people I know, negate his theories.  What is a "peak year"?  A person may experience a brilliant year professionally, but things on the home front might be sub par.  Bridget Jones sums up this idea brilliantly.  During a time when she is in a blissful Mark-Darcy-induced fog, her mother spoils this contentment by candidly sharing tales of her extramarital escapades, and Bridget states,  "It is a truth universally acknowledged that when one part of your life starts going okay, another falls spectacularly to pieces."

Perhaps I don't need to fall into Bridget's cynical mindset, but nor do I need to subscribe to the philosopher's peak year presumption.  Perhaps all we can ask for is a Touch of Grace here and there, moments of joy and contentment that come to us at unanticipated times and in unforeseen places, times we view ourselves as successes at life, no matter our age. My latest knitting pattern, while simple to knit up, is entitled "Touch of Grace," in homage to these moments.

I knit this up using Universal Uptown Worsted.  I typically shy away from acrylic yarns, but I have to say that this particular yarn definitely helped to dissuade me from holding onto my negative perceptions about synthetic fibers.  This yarn has none of the stiff or artificially shimmering characteristics of big-box-store acrylics.  I chose it because the color matched well with the Wicked Fur, also a yarn from Universal. Going against my natural-fiber-loving nature, I have to say that the synthetic yarn is very soft against one's neck--perfect for a cowl.

Click HERE for a link to the pattern PDF. 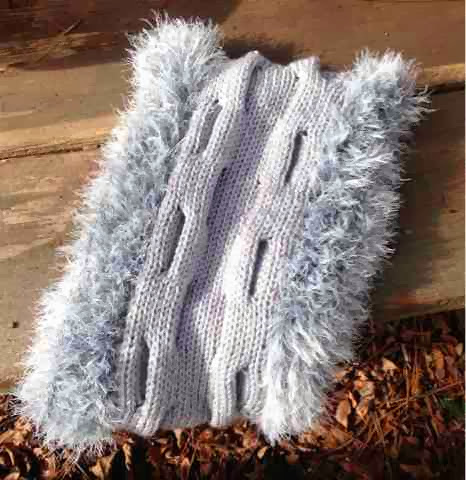 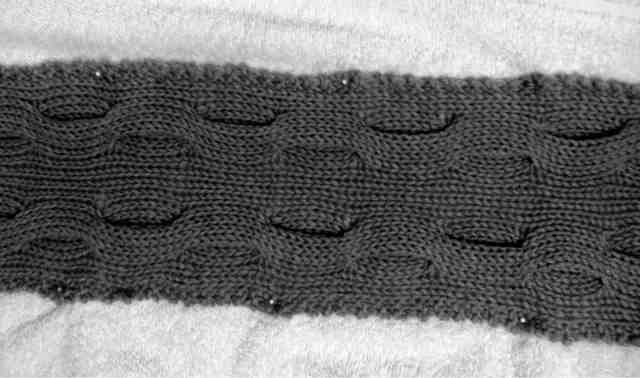