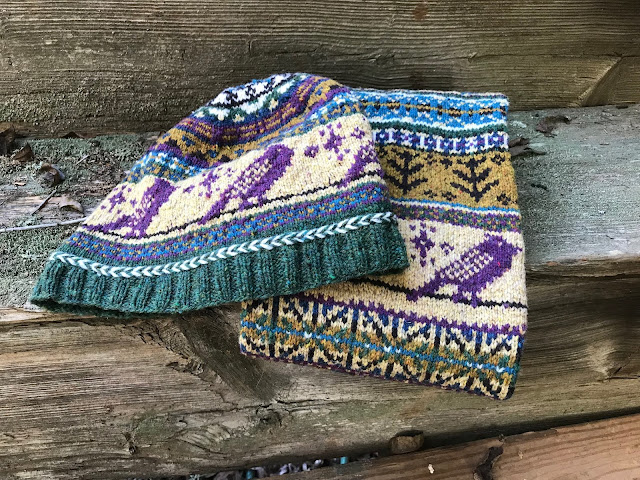 Autumn is not particularly glorious in the Piedmont area of North Carolina.  In the mountains of my state, fall garbs itself like a flamenco dancer, in a fiery riot of passionate hues.  But this time of year can be a bit dismal in the flat, central place where I reside. Here this season presents itself, more often than not, like a  soldier rigged out in olive drab, with only intermittent punches of color, like his shiny buttons, to signify the time of year.  Days can be hot and dry or rainy and dull, and it is only on the off year or so that the leaves even approach radiance.  Despite its sometimes uninspiring nature, however, autumn has always been a time of energy and inspiration for me.

Until last year, however.  September 30, 2018 marked my son Jonathan’s one-year “Angelversary,” so the approach of the new season is now a painful and poignant reminder of what is lost to me.  At at time of year when I am typically cheerful and energized, busy working on wooly and warm knitting projects and turning my gaze and creative efforts in the kitchen and sewing room to the looming holidays, fall is now a sombre reminder of the passage of time—hours and days I have spent in the manner of someone who has recently lost a limb.  Despite swathes of time where my mind is busily engaged elsewhere, that phantom limb does not let me forget and chooses to ache at the most unanticipated moments, sending stabbing pains that wrench me back to the reality of grief and loss.  Yet, despite having a heart that sometimes seems pushed to the limits of what is humanly endurable, this fall I still find myself buying mums and pumpkins, planning Christmas sewing projects, and eagerly anticipating the return of sweater weather—an event which may never occur this year in the Carolinas, a year with a record slew of over 70 days with temperatures over 90 degrees.

I recently finished a new design, for a stranded colorwork cowl and hat.  I’ve named the project Valle Crucis.  This Latin name, which means “vale of the cross” may seem strange to those of you not familiar with the North Carolina mountains.  It is a reference to a valley in the area where three streams meet to form a shape similar to that of an archbishop’s cross. It is a place I have returned to several times, a locale which seems to appropriately represent the changing of the seasons, times of loss but also times of renewal.

Cardinals are incorporated into this latest design.  The cardinal is the state bird of North Carolina (the legions of them that frequent my bird feeder attest to their ubiquitous nature in our state). These birds seem to represent the traditional values that are held dear by many North Carolinians, and perhaps that’s why they were chosen to represent the state.  They are non-migratory, so they remain in one spot and are very protective of it.  They also mate for life, and, when they become parents, cardinal couples work together to raise their offspring.  Cardinals also have less mundane symbolic meanings to some, including a popular belief that they represent spirits of the dead. 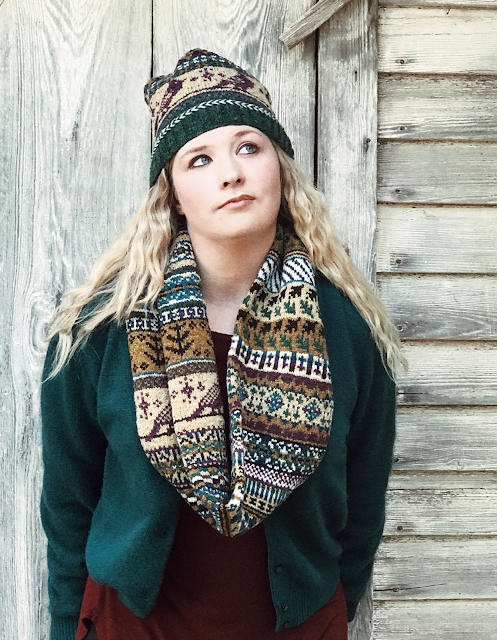 I used Brooklyn Tweed’s Loft yarn for my projects.  Pictures cannot do justice to the visual impact of this yarn.  Some of the hues emit an almost iridescent glow, and the natural imagery of fall is mirrored in the yarn colors and the color way names, such as Bale and Hayloft.  The yarn strands do seem to have an airy loft to them, giving the fabric of my work a rich texture. 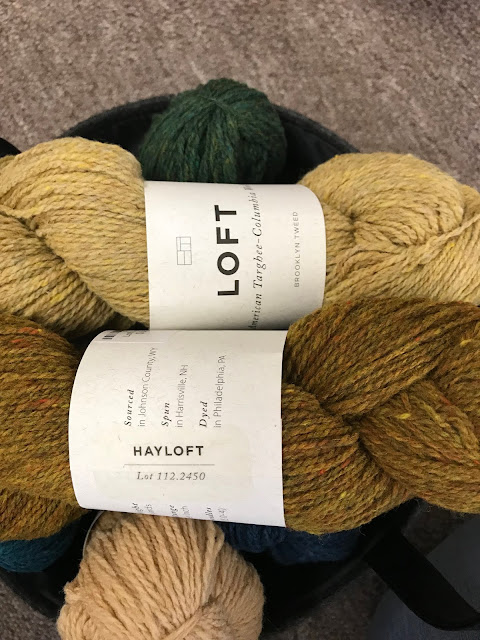 As I sat in air conditioned rooms knitting these projects, on day-after-day with temperatures in the high nineties, the rich strands I worked seemed like forerunners of fall’s beauty, and the cardinals made me smile as I thought of how each of the birds is a reminder not only of past losses but also of present beauty and joy, whatever the season, spring or fall, times of loss or times of abundance. 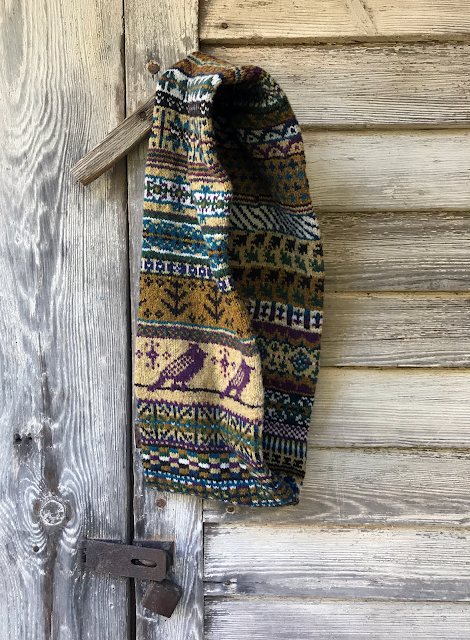 THE LOVE FOR OCTOBER