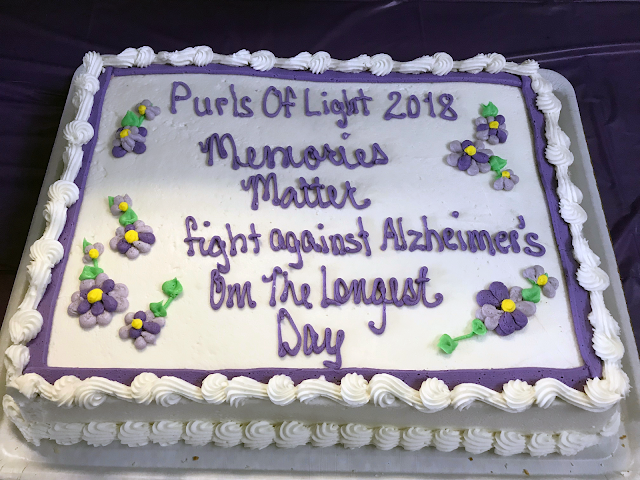 Local knitters and crocheters came together on June 30, 2018 at the second annual Purls of Light: Knit to End Alzheimer’s fundraiser in Lake Park, North Carolina.  One would think that, as the end of August is rapidly approaching and days are already shorter, I should have posted about this day long before now.  But since my mother’s death on March 29 of this year and my mother-in-law’s passing on July 30, life has been a bit hectic.  There have been two long drives to New Jersey—one to travel to my mother’s memorial service and another to retrieve my car, which I’d had to leave behind on the first trip.  (Do be sure to check your license plate periodically to make certain that someone hasn’t switched it with one from a stolen vehicle!)  Other changes have occurred as well.  On July 23, my younger son left home for basic training in the Marine Corps.  We also had quite a bit of water permeate the kitchen ceiling, a leak requiring a large hole (patched now) to be cut to inspect its source, and endured installation of a new washer and dryer, a process which merited three visits from the folks at Lowes and some tears on my part.  Ah, the joys of domestic life. . . . 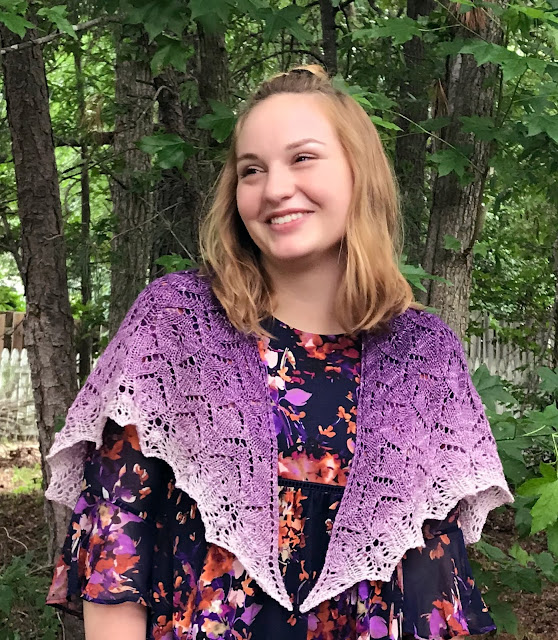 So I’m only sitting down now, a week or so before Labor Day, to give an account of the Alzheimer’s Longest Day fundraiser. I gave the opening talk below, before Alzheimer’s Association volunteer, Kara Lemon, educated us about Alzheimer’s and dementia and Lyn Hamilton Milward of Cottage Yarn gave a presentation on color theory and knitting.  Here is what I shared that day:

Despite having a busy and daunting day ahead of me, I woke up super-early this morning and decided to cast on a new project.  There is something rejuvenating about winding a new skein of yarn and putting needles to it that I couldn’t resist.  First I wound several skeins of Cumbria fingering that I’d bought some time ago.  I cast 124 stitches onto a long cable and proceeded to join the cast-on stitches in a circle, but an unpleasant bulge appeared where I’d pulled the cable out in the middle, in preparation for working the magic loop technique, and it was difficult to see if the knitting was twisted at that place.  I then went to another room and dug through a large drawer of needles and managed to exact some 2 1/2 needles, ones which were the perfect length for working a neck band in the round, without having to use magic loop.  I then noticed that the needles I’d just retrieved appeared thicker than the ones I’d used to cast on.  A needle gauge confirmed that I’d used size 1 1/2, not 2 1/2 for my initial cast on.  I proceeded to frog the row and cast on with the new needles, and I felt quite satisfied.  There is something so neat and pleasing about stitches that fit perfectly on a circular needle, even after some initial hurdles. 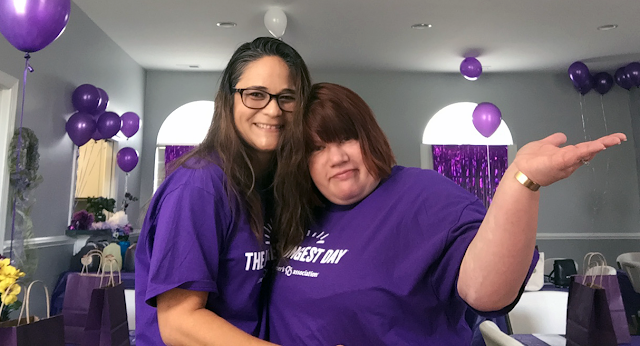 I placed a stitch marker at the beginning of the round and proceeded to work Row 1.  After having knit and purled about 20 stitches, I realized there was a problem—my circle was not joined.  So, after more ripping and some maneuvering of the needles, I was set to go and began my first row.  Experiences like this one are typical for me when I begin a new project.  The instructions are unfamiliar and I am typically so eager to get started that my focus isn’t 100%.  Ultimately, however, most projects turn out well, even if they entail going backwards, deciphering brain-stretching instructions, or seeking help from others.  If only my experiences dealing with my mother’s dementia had been so straightforward. 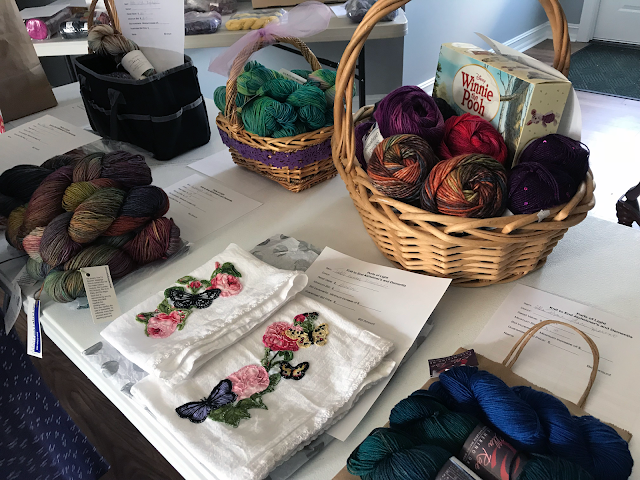 I lost my mother at the end of this past March, and I am a bit frazzled today, as handling her affairs and her memorial service, which was held last weekend in New Jersey, have been more complicated and convoluted than I had ever imagined.  The same adjectives, along with confusing, can also describe the last couple of years, as I dealt with my mother’s care.  At the time,  I felt as if I were  a driver experiencing delayed reflexes. It’s as if I didn’t see stop signs until I had run through them.

We are all familiar with the memory loss and difficulty in completing household tasks that go along with Alzheimer’s and dementia, but my experience with my mother has taught me that in their own comfortable and familiar environment, individuals can hide symptoms and “hold things together” for long periods of time.  Before their ability to dress, cook, or bathe has been seriously compromised, those with Alzheimer’s and dementia often manifest symptoms that can be misread by friends and family.

Anxiety, withdrawal from social events, a tendency to be easily upset at home, at work, or with friends or a change in eating habits often appear long before a diagnosis.  But, probably, more often than not, the inclination of friends and family when faced with this unappealing behavior is to become critical, frustrated, and angry or to try to fix the problems by giving advice that never seems to be taken.  It is only now, as I look back at the phone calls and visits to my mother in Arizona over nearly a decade before she passed away from late-stage dementia, that I can read the clues and signals.

Photographer Ansel Adams stated, “I have often had a retrospective vision where everything in my past life seems to fall with significance into logical sequence.” As I review my mother’s life, there does seem to be a progression of this illness that led to her death and I can see how the seeds of this mysterious disease were, perhaps, sown in childhood trauma and family tragedy, as there is clinical evidence that stress contributes to many diseases, including Alzheimer’s and dementia, but even if I could have had this acute insight a decade ago, there was very little I could have done to help my mother, as she did not want my assistance.  And herein lies the problem.  I watched my mother stubbornly hole up in her spotless house, engaging in a variety of routines that ensured that she could function on some level of normalcy, as she lived thousands of miles away from her family.  I watched my mother-in-law, in her 90s now, obstinately refuse to leave her home in the country, one that was becoming more-and-more cluttered and filled with dangers inside and out, especially since she liked to venture onto her large property alone to gather pecans or pick blueberries. 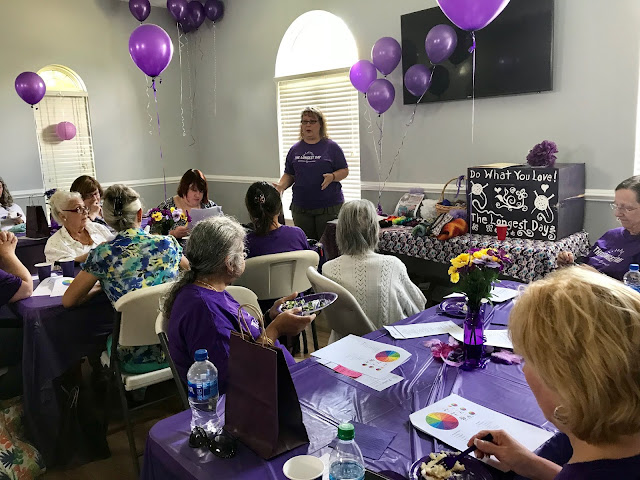 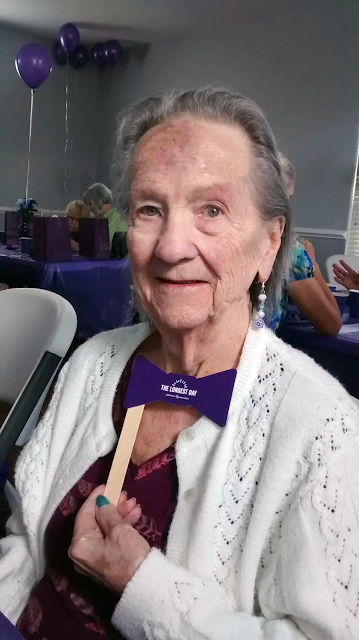 Before a diagnosis is made, such maddening willfulness, gloomy depression, obsessions with things such as politics or disasters can push friends and family to erupt or to withdraw.  The research funded by the Alzheimer’s Association and the education it provides can help prevent such scenarios.  With earlier diagnosis, friends and family might better understand their loved one’s behavior and might not confuse the illness with bad temper.  Earlier diagnosis and education might help them better put plans in motion for their loved ones’ care years before it is necessary.

On a final note, there is no definitive answer about the cause of Alzheimer’s, even if genetics can play a part.  Poor diet, lack of exercise, trauma and stress, loneliness, physical illness—there are many possible causes being posited.  There is much research to do.  I have had numerous people, who are not scientists or medical professionals, after I’d shared my mother’s diagnosis with them, glance at me with pitying looks and state, “It’s hereditary,” and then proceed to tell me about how their 90-year-old mother is still healthy and sharp as a tack.  The general public needs to be made aware that just because a person has a parent who suffers from Alzheimer’s or dementia does not mean that he or she is sentenced to the same fate.  More research needs to be done to explore causes of these conditions.

Just like cancer, Alzheimer’s is a disease, but, as of yet, there is not a cure. I watched an attractive and energetic woman lock herself away from the world for many years, while other people her age and in her circumstances were  enjoying travel and times with family. I am supporting the Alzheimer’s Association because it is leading the way in Alzheimer’s research and education.  While finding the cure is, of course, the ultimate goal of research, educating people about preventative measures and methods of early diagnosis are equally important so that others don’t travel down the rocky and circuitous road that I did with my mother. 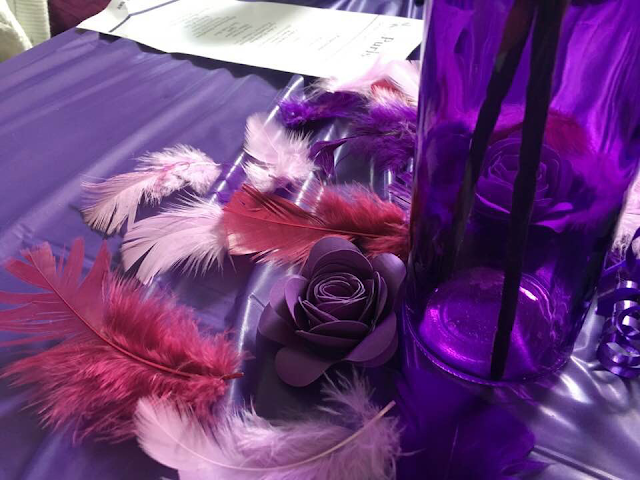 The luncheon/fundraiser was a booming success, garnering a $940 donation to the Alzheimer’s Association.  My friends and acquaintances in the knitting and crafting community donated both time and goods, so there were pretty decorations--such as handmade paper flowers--a delicious cake, and a plethora of door prizes and silent auction items to appeal to knitters and crocheters.  One local knitter donated a large number of gently used designer handbags that were a big hit with the few attendees who aren’t in the habit of putting needles or hook to yarn.  But most of the prizes consisted of gorgeous yarn and accouterments to go along with it, some of it provided by yarn manufacturers and sellers and some by local knitters.  Generous and charismatic VA nurse, Ginny Szura, donated enough yarn to adequately stock the barren shelves of a new yarn shop.  Other donors included

Thank you, everyone.  Please forgive me if I left anyone off. 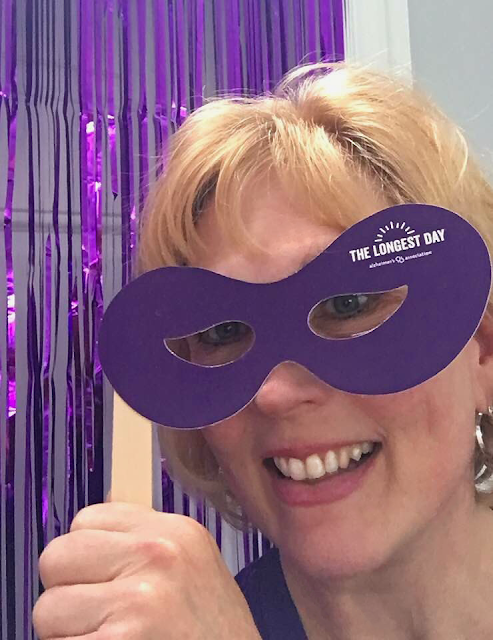 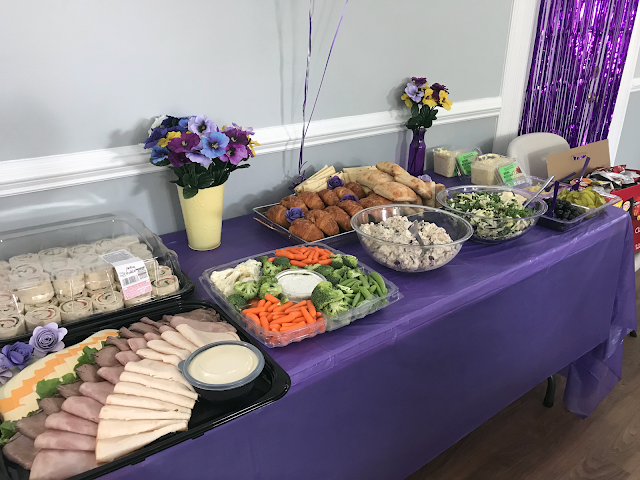