A month or so ago, while visiting my local yarn shop, my eyes lit on a multi-colored braid of velvety soft alpaca yarn.  To me, the heathery tones plaited together evoked the verdant landscape and blue lochs of Scotland, while the lone brown hank added an earthy richness to this combination.  Soon a shawl inspired by Shetland haps came to mind.  The Old Shale edging is a traditional hap feature, but my shawl features a circular cast on for the center back, a beginning which is a twist on the classic diagonal or end-to-end knitting of the hap center square. 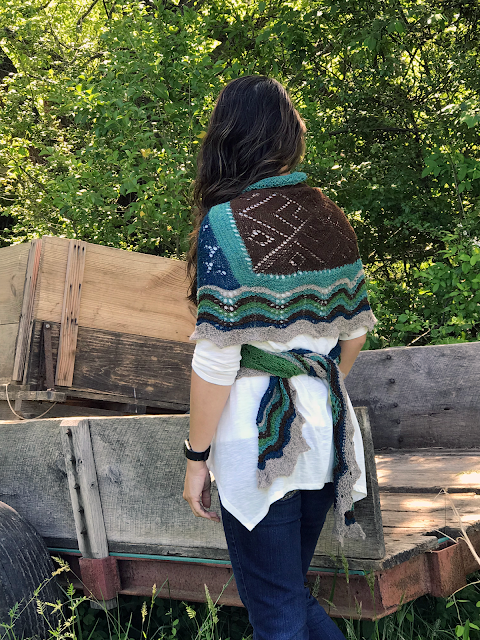 I named the shawl Grandfather Mountain, because, while this locale may not have a direct connection to Shetland, the western Appalachian mountains are deeply influenced by Scottish culture and tradition. Tens of thousands of Scottish immigrants made their way to this area during the 17th through 19th centuries.

In the 1880s, there was also a scheme thought up by Scottish Americans living in the Sandhills region of North Carolina to introduce Scottish Highland crofters, who were enduring maltreatment at the hands of their landlords, into Highlander settlements in North Carolina. Crofters settled in Laurinburg (a place where Flora MacDonald had sought refuge after helping Bonnie Prince Charlie escape Scotland), Cameron, and Richmond County.  However, assimilation was not successful, as the crofters were often treated as cheap labor by their Scottish American hosts.  By the late 1800s, most of the crofters had returned to Scotland. 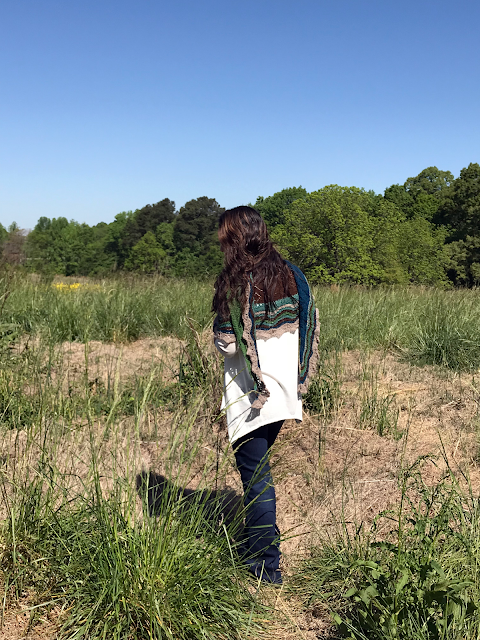 Alexander MacRae was one of the few crofters, however, who remained.  His employer sent him to the western Carolina mountains to act as foreman in building the Yonahlossee Turnpike, and he and his family remained in the region, where they operated a guest house on what is now known as MacRae Meadow near Linville, the location of the Highland Games at Grandfather Mountain. 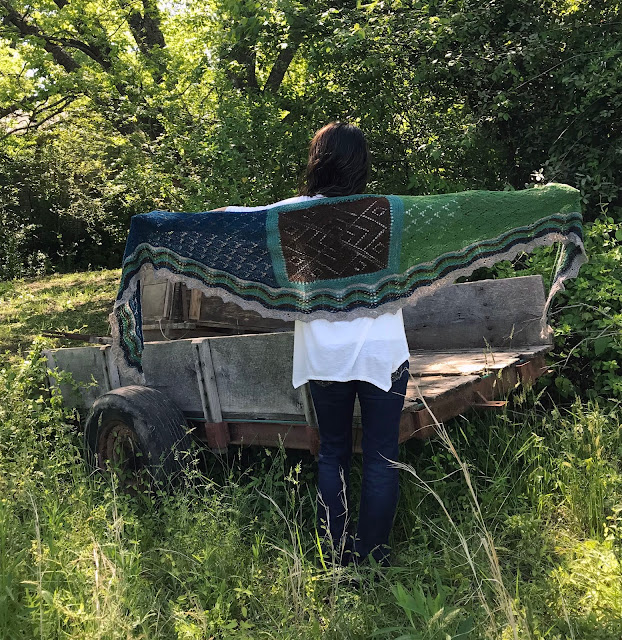 This event includes a haunting fireside calling of the clans, a rowdy Celtic rock concert, and a vast array of tents, each representing various clans.  My family attended the Games in 2010, a time when the boys' squabbling on the car ride there was maddening, but the festival proved entertaining and enjoyable.  My husband, son (James), and I plan to make another trip there this July, two weeks before James heads off to the heat and humidity of Marine boot camp at Parris Island, South Carolina—a place with a sweltering climate that is a far cry from that of the highlands of Scotland.  I hope that there will be an opportunity in the future to travel to the mountains again as a family, at a time when the weather is perfect for wearing this alpaca shawl, and when the rigors of boot camp are in the past. 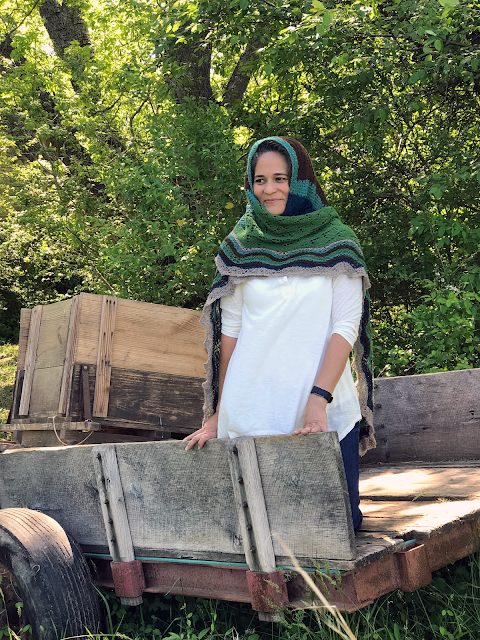