It is telling that until lately I managed to post to this blog nearly every month.   Even though I was busy with two sons, housework and cooking, four pets, an absorbing knitting hobby, and a full-time teaching job, I was inspired  to write on a variety of topics and take and edit photographs to accompany my prose.  Now that I am caring for a mother with dementia and promoting myself as a real-estate agent, I am finding neither the time nor the inspiration to post regularly.  When I do contemplate the blog, I am faced with so many ideas and so much time to cover that I lose momentum and abandon thoughts of getting to work.  The question of how to catch up after a hiatus perplexes me and leads to inaction.  Plus the fact that I am spending so many hours attempting to develop an online presence as a real estate agent doesn’t motivate me to sit down at the computer to complete additional work in the social media sphere.

But rather than abandon this blog, which has been a source of both solace and amusement to me over the last several years, I will eschew trying to cover what has transpired during the recent posting gap and focus on one topic—my Purls of Light knitting luncheon, an event I am sponsoring to raise money for the Alzheimer’s Association.  I began my involvement with this charity when I signed on with Giving Tree Realty, a real estate agency that is unique as it is rooted (excuse the pun) in community involvement.  Each of the company’s agents chooses a charity to support, to which Giving Tree Realty gives a portion of proceeds from each transaction.  In turn, agents are encouraged to get actively involved in our respective charities.  I began working with Giving Tree Realty at the beginning of 2017, when I had emerged from a two-month whirlwind of activity after learning that my mother had been diagnosed with dementia, so it is natural that I chose the Alzheimer’s Association, an organization with the goal of ending Alzheimer’s and dementia and enhancing care for those living with the disease.
I have been busy creating fliers, invitations, letters to potential sponsors (yarn companies), reserving my neighborhood community center, and advertising through social media and in person at knitting groups to promote my event, one which will be held on June 24, a Saturday in close proximity to June 21, the summer solstice, or what the Alzheimer’s Association calls “The Longest Day.”  On or around “The Longest Day,” the Alzheimer’s Association encourages individuals to do something they love to raise money, so I thought that it would be fitting for me to organize a knitting event.  In addition, knitting has been shown to be an activity that is beneficial to staving off Alzheimer’s and dementia, along with helping to alleviate other conditions related to aging, such as Parkinson’s disease.

As I have planned this event, attempted to begin a career in real estate, completed hours and hours of paperwork related to my mother’s move from her own home in Arizona to an assisted living facility in North Carolina, met with attorneys, social workers, nurses, doctors and assisted living staff, organized a summer trip to Scotland (something I would never have pursued at this time had I not purchased tickets  before my mother’s diagnosis), pursued my knitting hobby, dealt with a nineteen-year-old son with some personal issues, and tried to figure out what my daily life is going to look like for the next few years, I have struggled a bit.  Coping with a lack of energy, confidence, and optimism while dealing with the rejection that is naturally a part of a novice's sales career has been disheartening, but the Alzheimer’s Association is supporting me through this process and their educational materials are helping me to see that the waves of emotion that have shaken me since my mother’s diagnosis last November are the natural result of the grieving process. Anger, denial, acceptance, depression, guilt at not recognizing the disease sooner—all of these feelings are experienced by those who care for or love someone with Alzheimer’s or dementia. 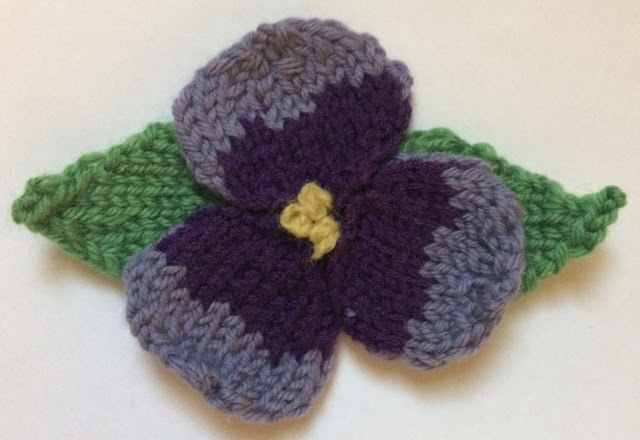 So, it’s time to give myself a break and take care of myself a bit, which means not letting my beloved knitting blog lapse or knitting design attempts cease.  To commemorate “The Longest Day,” I have designed a simple knitted pansy, to be worn as a corsage or affixed to accessories. The pansy flower gets its name from the French noun pensèe, which can be translated at “thought.” In Victorian times, pansies were believed to symbolize remembrance or were used as a way to say, “I’m thinking of you.” It seems fitting to me  that pansies should be a part of raising awareness of Alzheimer’s disease. You can find the pattern here on Ravelry. Knit this simple pansy and wear it on June 21, The Longest Day.  I used scrap yarn to make my pin. Any DK yarn will work, or go up in yarn weight and use worsted with a size 7 or 8 needle. You can knit the flower all in one color of yarn, if you prefer. 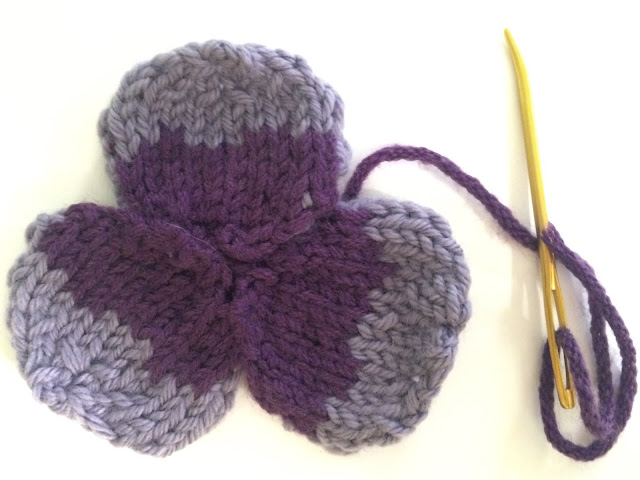 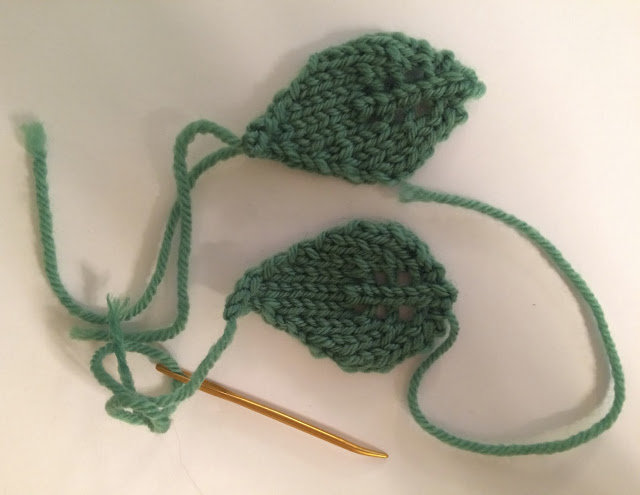 If you would like to make a donation to my Longest Day fundraiser through the Alzheimer’s Association, go to The Longest Day. 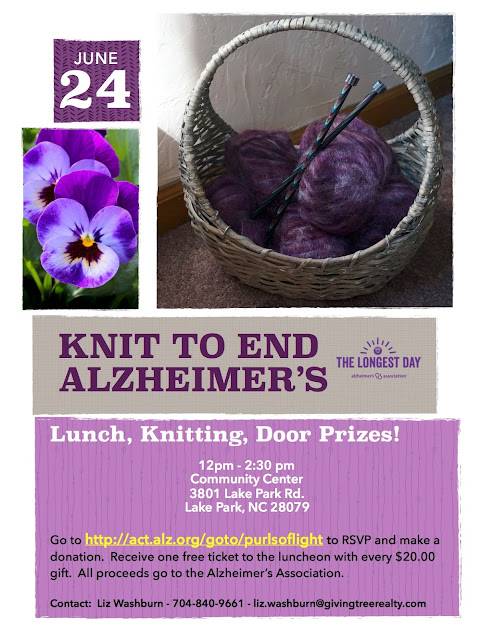 Finally, even though I said I wasn't going to recap the last few months, I couldn't resist sharing a few photos of the knitting projects I've been working on or have completed. 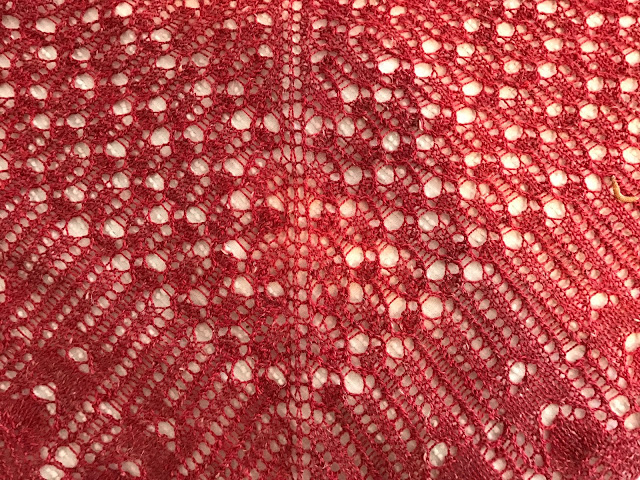 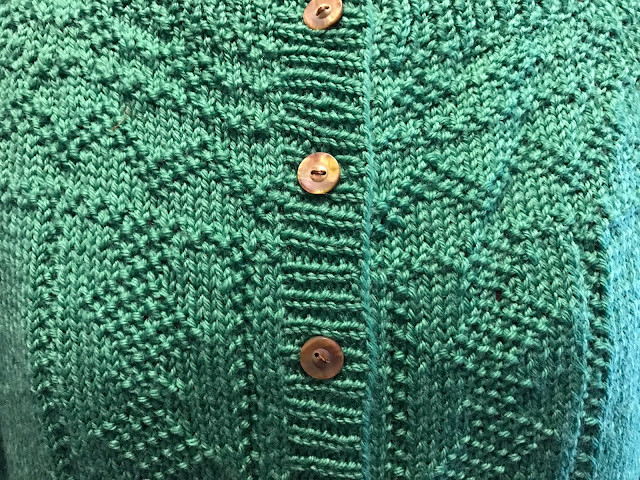 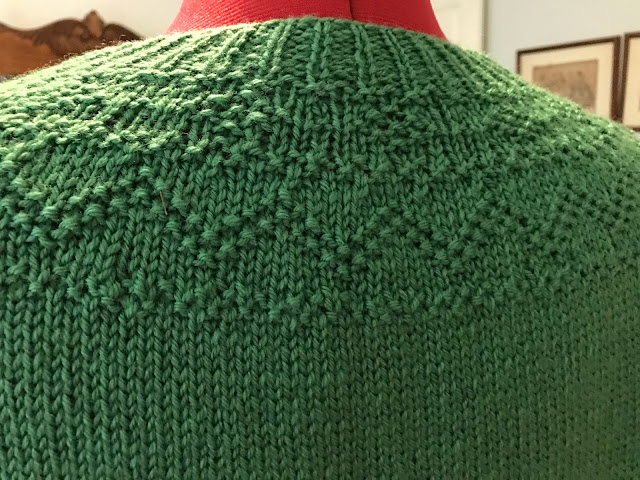 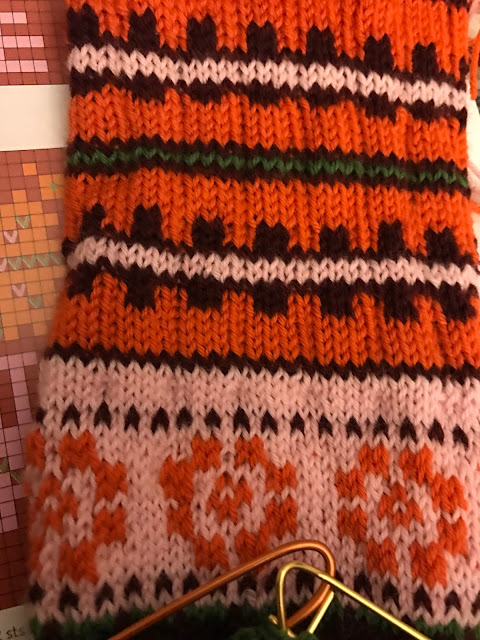