Wild and Woolly: Journey to Cornwall

For several weeks before my recent trip to England, I had a niggling sense that my notion to rent a car was, perhaps, not wise.  Despite my gut feelings, however, ultimately, I was enticed by the prospect of the freedom a car could afford and stuck to my initial plans.

After saying good-bye to our friends in Oxfordshire, my husband and I headed westward in a Ford Focus rental. I was initially optimistic, as the major motorway we took wasn't too difficult to navigate.  But I soon learned that driving in England is not just an exercise in paying attention.  It tests a deeply ingrained understanding of movement and space.  Driving also requires some magical knowledge of how roundabouts function—a fact I learned in a terrifying way when I decided to take a detour from the motorway to view Exeter Cathedral.  A roundabout there provided so many confusing stimuli that I had to just give in to the chaos, weaving around the circle, stopping abruptly in the middle, and generally being a menace to other drivers.

Like some doomed couple on Reality TV Marriage Boot Camp, my husband and I failed this trial (one much more difficult than those presented on the TV show), although I think Dennis was a little too frightened and well aware of my position of control (or lack thereof) as driver to verbally unleash all of his pent-up anxiety and aim it toward me.  After much tense time spent in city traffic, we made it out of Exeter and were soon on winding country lanes that provided roughly four inches of clearance between cars going opposite directions—in the sections where more than one car could actually squeeze through stone walls, hedges, and vines.  Facing whizzing cars and trucks in the center of the road triggered a startle reflex in me, similar to the one I experience when, white-knuckled and hanging onto the door handle, I am in the car while one of my teen-aged sons drives.

On English country roads, it was nearly impossible to avoid hugging the left side, so much so that Dennis was ashen-faced, in horror of having his door—and perhaps his head—taken off by a tree or rock wall.  At one point a speeding “lorry” came around a curve and, reflexively, I yanked the wheel to the left, to be met by a series of loud crashes of rock against metal.  Dennis shouted, “Keep driving!” and I did, thankful that I’d taken out extra insurance on the vehicle.  There was no room to pull over anyway!

We made it to Moretonhampstead, a charming country village and were serendipitously within site of The White Hart Inn, where we had reservations for the night, when a clunking noise told us that we couldn’t delay pulling over any longer.  Miraculously, the body of the car was unscathed, but the left rear tire was virtually shredded.  I don’t know how we’d made it as far as we did. 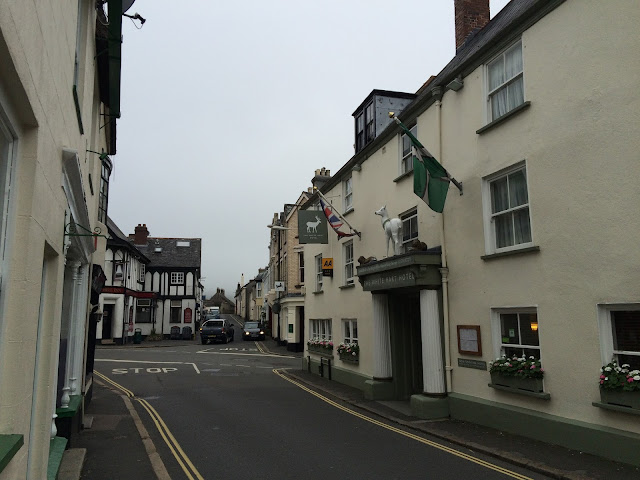 Europcar sent out a service person, with a charming local accent, who quickly put the temporary spare on the car and told me that I had to take the car to a service station for a new tire.

“Do I have to do it today?” I implored.  It was already late in the afternoon, and I didn’t think I had the strength or the sanity to drive again, and my husband’s vision wasn’t up to the task.

The man said I could undertake the task the next day, so we checked into the inn, for some much needed rest.  There in the dining room, my husband and I  were able to eat a hearty and delicious meal, rounded off by sticky toffee pudding (my new favorite dessert), sustenance for the next day’s challenge.  I needed energy, as when I’d been researching our trip, I’d located a web site for a yarn shop that isn’t far from Moretonhampstead.  Terrifying driving required or not, the siren song of a yarn shop was too enticing.

Of course, reaching the shop meant losing our way in Dartmoor National Park.  Like something out of Lord of the Rings, with mist, ferns, rocky outcrops, sheep, and wild ponies, Dartmoor, albeit a bit eerie, was a delight to our senses.  With no GPS signal, we saw quite a bit of it, too, as, after driving aimlessly, we stopped at an isolated bed and breakfast for directions and learned that we had to turn around and head back seven-or-eight miles before turning off to wend our way through tiny villages to reach our destination, the yarn shop in Bovey Tracey, a village not far from Newton Abbot, where we had to go to have the tire replaced. 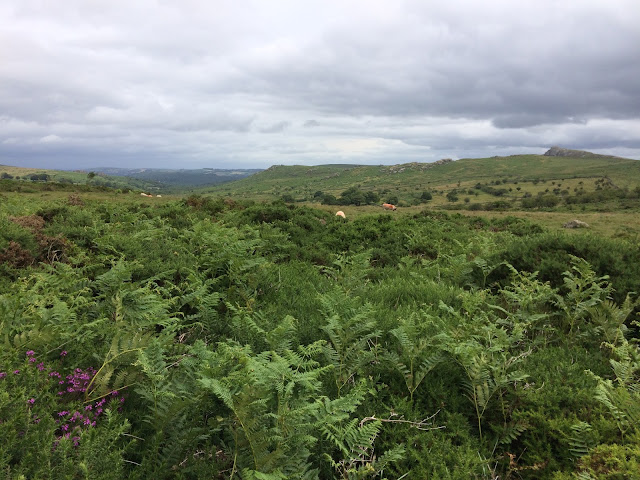 When I finally parked the car in Bovey Tracey, an elderly man working at the visitor’s center informed me that Spinayarn was only a short walk away.  So I left my husband to regain his composure and begin to breath normally again and headed for this well-stocked shop.  I bought some Bluefaced Leicester Aran by West Yorkshire Spinners to use to make a friend a pair of mittens.   And I also found a whisper-soft skein of lace-weight mohair-and-wool yarn by Touch, a New Zealand company. 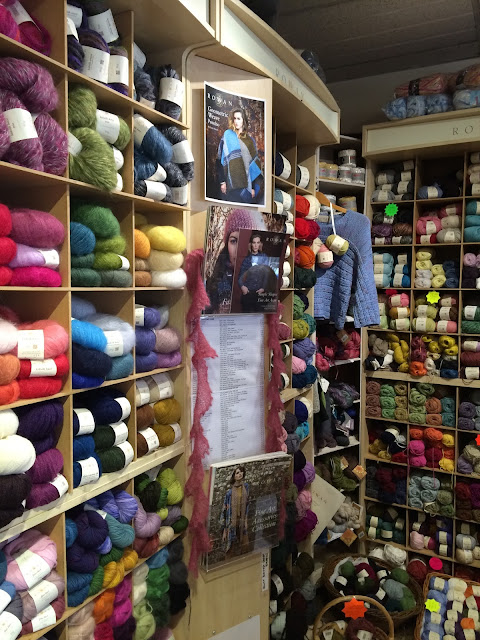 Ultimately, my husband and I made our way to the tire place without incident.  While waiting, we met an animated man seated next to us.  He had a heavy Cornish accent, but claimed to have worked around the world for MI6.  He freely shared his political opinions—a bit of a heated rant about rich, corrupt politicians—but also gave us excellent directions for getting out of Newton Abbot and gave me a pep talk when I expressed my hesitation about making a right turn across four lanes of traffic to exit the shop parking lot.  He was correct when he told me that people were polite and would let me go. 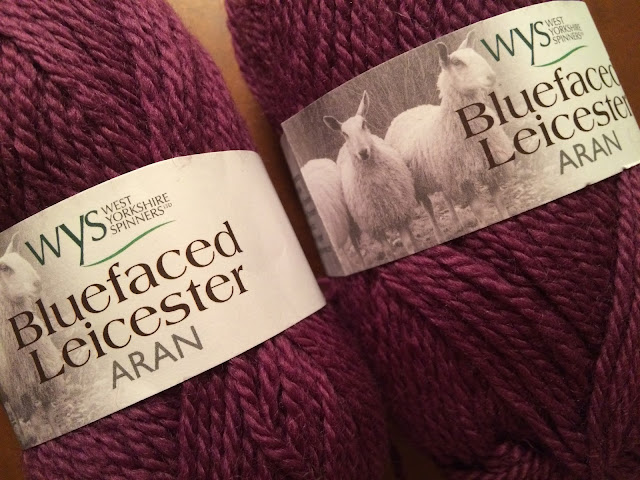 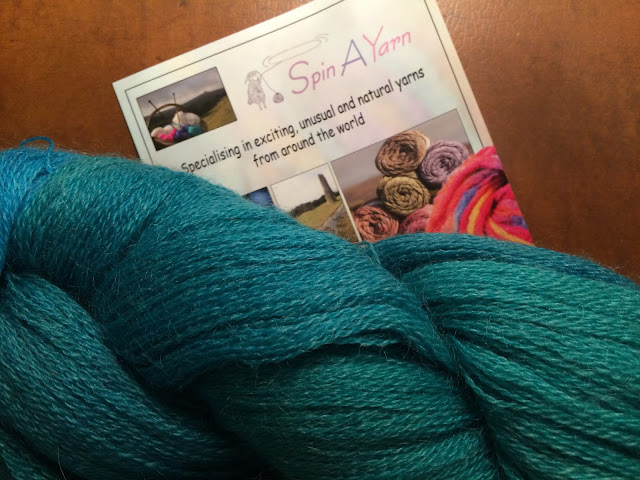 After a very long day, my husband and I arrived in Saint Austell and found our inn (another White Hart).  While online sites talk up Saint Austell as a tourist destination, it is more of nineteenth century industrial city, built on china mining, a place that is graceful in its way but also, I imagine, a bit more faded around the edges than some of its tourist-destination neighbors.   One motivation for my choosing Saint Austell is the fact that my great-great grandfather hailed from the area and was christened in the church there in 1829.  Our inn sat adjacent to the church, which was locked each time we attempted to enter it, but we did enjoy its pealing bells marking the time.  We also appreciated our quirky hotel, with its lobby smelling of ale and its evening entertainment—a singer and a guitarist—who performed American tunes.

The next day we braved the roads again—but even though there is so much stunning scenery to see around the Cornwall coast, my hesitation to drive much made me limit our sightseeing to a town just a few miles away—Mevagissey, a fishing village and tourist destination.  From there, we took a small ferry to Fowey, another fishing village where I had a crab sandwich for lunch.  We had one day soaking up the atmosphere, as we were heading to London on the train the next day.   The following morning, a Sunday, we checked out early, and the empty roads to Truro made for almost pleasant driving.  But, amenable driving conditions notwithstanding, my husband and I did feel as if the albatross around our neck had been removed when I dropped the keys into the after-hours box at the rental place. 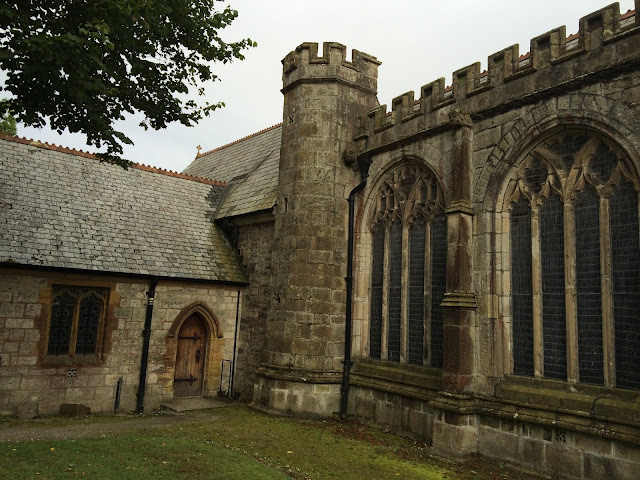 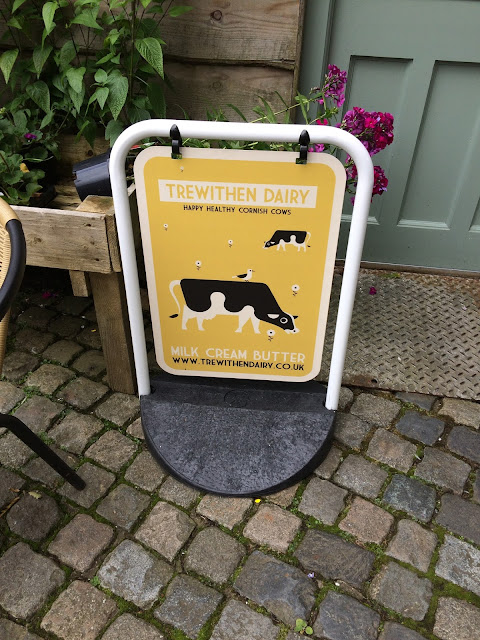 Our stay in Cornwall was cut short due to driving mishaps, and the long way there was fraught with tension.  But, we would have missed charming Moretonhampstead, the amazing yarn shop, and mystical Dartmoor, and other off-the-beaten-path stops had I given into my initial and however well-founded reservations about driving in the UK.