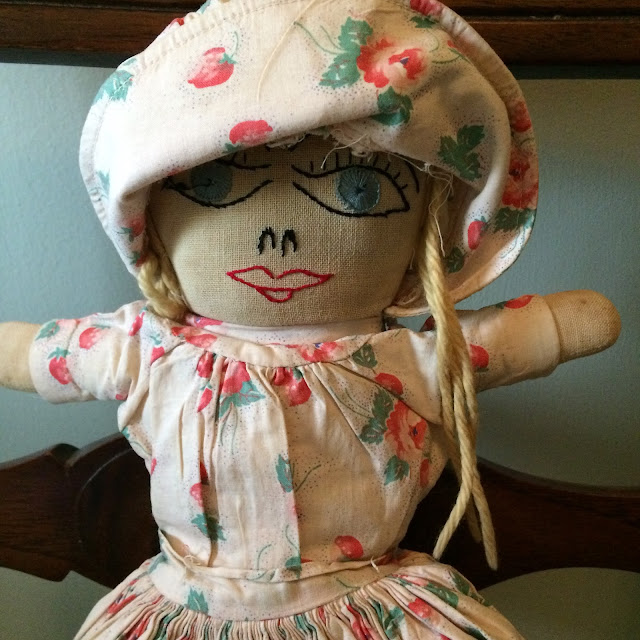 "Every stress leaves an indelible scar, and the organism pays for its survival after a stressful situation by becoming a little older."

In Guy de Maupassant’s short story “The Necklace,” Mathilde Loisel, struggles for ten years to pay a debt for a lost necklace. This decade of toil inflicts ill effects upon Loisel’s appearance, so much so that, when she encounters a wealthy girlhood friend (the woman who had loaned her the necklace), Loisel is greeted with the words, "Oh! . . . my poor Mathilde, how you have changed! . . ."  When I think about the ravages this past year have worked upon my psyche and physique, I envision a similar reaction from individuals I run into who have not seen me in a year or two.

This has been a tough school year, and a week ago, just when I was ready to exhale, thinking I was in the home stretch, my seventeen-year-old son was driving home from a friend’s and took a turn too fast in his car.  The vehicle went airborne and spun around, before running through fence posts and collapsing like some failed soufflé in the middle of field.   The totaled vehicle with its broken axles had to be “winched” out of the earth to load it onto the wrecker, but, incredibly, my son was unharmed and seemingly none too fazed by the experience.  His accident didn’t interrupt his trips to the gym or daily runs around our neighborhood.

His parents, needless to say, haven’t fared so well.  The stress has been palpable, as has the exhaustion.  In typical fashion, however, I have sought solace in quiet, endeavors related to handicrafts.    A quiet Sunday spent in solitude knitting and working on restoring an antique doll was balm to my troubled spirits the day after the accident.  I didn’t exactly talk to the doll (so, despite tension, I haven’t quite lost touch with reality in the manner of Laura in “The Glass Menagerie”), but I have to say that once or twice the words, That will look so nice, Dolly, did pop into my mind, as I carefully washed the doll and her clothes, embroidered new French knot pupils, and began work on a shawl of my own design for her to wear. 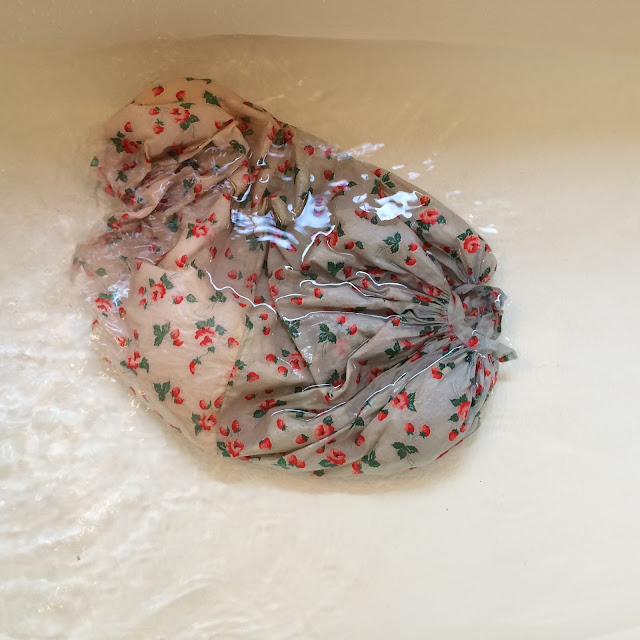 The doll does not belong to me.  A co-worker, Ann, and I had been talking early in the semester, and she’d mentioned that she had a doll (appropriately named Dolly) that had belonged to her great grandmother, a woman who had lived in the  mountains of Virginia, and that the doll had gotten quite soiled.  Ann told me that planned to take her to the dry cleaner’s.  I almost shrieked, “No, don’t do that!” as dry cleaning shops, with their noxious chemicals and owners notorious for their avoidance of accountability for damage, seemed the least hospitable place for Dolly to go to be spruced up.  So I volunteered to do a little bit of research about cleaning old fabrics and asked my co-worker to wait until close to the end of the school year before trusting Dolly to my care.  I figured that I would get to work once school ended, but the task beckoned to me last week. 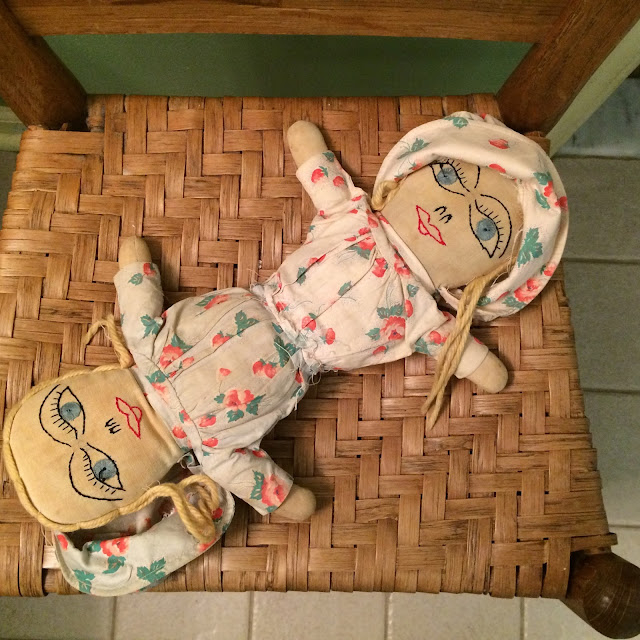 I read a little bit about cleaning old fabric and discovered that gentle detergent (I used Euclan) as well as lemon juice and salt would work, so I removed Dolly’s stitched-on garments and set about soaking these items and Dolly herself in the bath.

I also added some new hair made out of Debbie Bliss’s baby Cashmerino.  In case my co-worker was concerned with preserving Dolly’s integrity as an antique, I left the original hair underneath.  But Ann, my fellow English teacher loved Dolly’s hair—and her new braids with ribbons, an alteration I made to one of the doll’s two heads.  She exclaimed that her great grandmother was looking down and smiling when I returned Dolly to her, and Ann also appreciated Dolly’s new pink shawl. 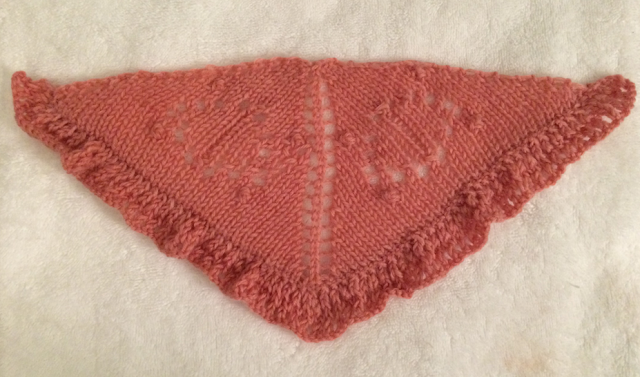 The shawl is a simple pattern I created.  I have the chart completed, but need to work up some simple instructions (which I will post with the chart soon).  There is only a hint of a lace design, as anything too fancy wouldn’t compliment Dolly’s humble calico skirts and sun bonnets. 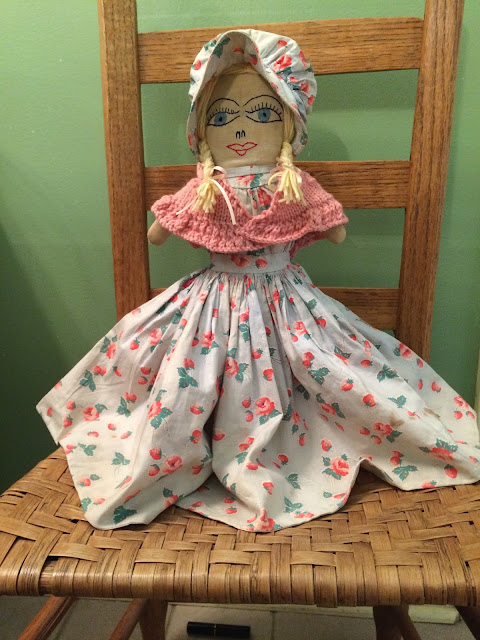 As I worked on Dolly and packed her up to return her to her owner, I couldn’t help but sing to myself, “Well, Hello, Dolly.  Lookin’ swell, Dolly,” words from the old musical, which I recall watching as a child. The lyrics here seem particularly apropos:

As Dolly is now spruced up for another century, she will probably not stray from her home for some time now.  The stress of time did leave some indelible marks on Dolly, but, in general, she appears fresh and pretty.  Maybe a few weeks of summer rest will have the same restorative effects on me, so that the haggard schoolteacher (who wore jeans and sported hair that went in every direction the last week of school) will emerge with a rested and revitalized glow by summer’s end. I will also have a new shawl of my own to wear.  In stolen moments this past month I finished a lace shawl for myself, a bit fancier than the one I made for Dolly.