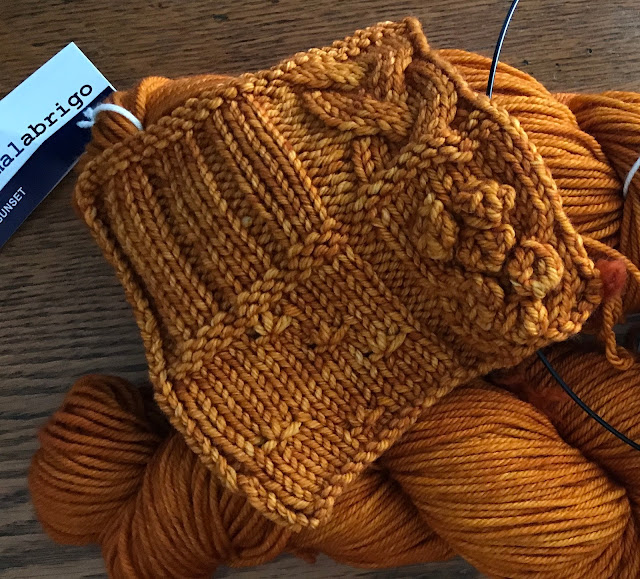 Never cut a tree down in the wintertime. Never make a negative decision in the low time. Never make your most important decisions when you are in your worst moods. Wait. Be patient. The storm will pass. The spring will come.
--Robert H. Schuller

Charlotte, NC is an inland city, hundreds of miles from the coast, but that fact hasn’t stopped many locals from engaging in pre-storm shopping sprees.  Water, bread, and milk have disappeared from the shelves of local supermarkets, big box stores, and warehouse clubs.   Memories of hurricane Hugo, which hit in 1989, still linger, as this storm decimated coastal areas of the Carolinas and caused widespread power outages, fallen trees, and damaged roofs in my area.  I didn’t live in North Carolina at the time of Hugo, so I don’t have memories to spur me to action right now.  But I do have a full larder and really need to stock up on ice, just in case.

I hope that when rains and winds do move in, I will be able to spend time at home, ideally knitting or engaged in other quiet activities. Of course, I have spent some time there in the last few weeks, as I have been trying to rest and regroup from a frenzied last year, where every day seemed to bring a new adrenalin-inducing crisis. A 16-day trip to England and Scotland with my seventeen-year-old son in July involved so much train hopping that I returned home exhausted.  I then worked like mad for weeks, until I decided that I needed to stop running the roads every single day (in conjunction with real estate work and my mother’s care) and take a little time to spend on domestic duties and on my own health and well-being.  I also wanted some time to think about what to do with the rest of my life. 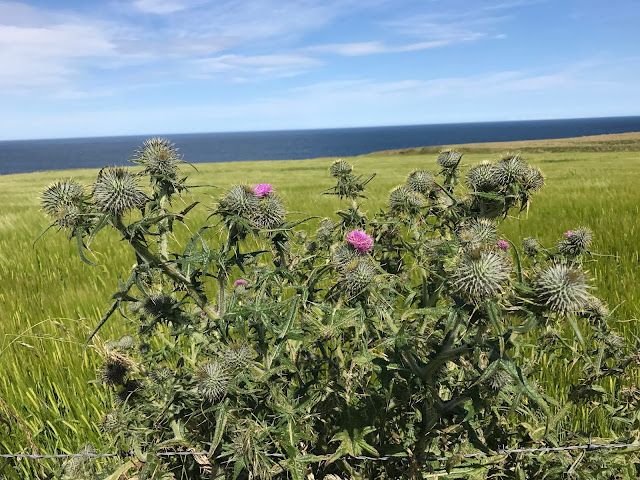 I have been contemplating my real estate career (still in its infancy), my knitting and designing hobbies, and my 24-year English teaching career, cut short before full retirement (for reasons too complex to enumerate here).  While during my recent three-week respite, I have enjoyed the luxuries of going for morning walks, having time to actually clean my house (although I’m still a bit of a slacker in this area and can’t seem to win the battle against dog hair), and cooking homemade meals at least sporadically, I still feel that I am not ready to embrace this way of life now and retire early. (Finances also make this decision prohibitive.)  But the fact that success in real estate seems to hinge on whom I know and how well I can deliver sales spiels is disheartening.  Hours and hours of study and training.  Thousands of dollars on marketing.  And the grim cold calling practice.  Lots of people on the other end of the phone who are just looking.  And everyone has a realtor in the family or knows one at his or her church. . . .

So I have been resting and designing knitwear.  And hiring a test knitter for a cowl project.  And reading knitwear design books, watching a Craftsy course on pattern writing, and exploring stitch patterns.  Maybe my passion should become my career.

Perhaps if I continue to spend some time knitting and working on pattern writing until the hurricane passes, I will have some sort of epiphany or maybe I will have my “aha moment” later on down the road.  Eventually I’ll have to make a decision, but in the meantime, I will keep knitting and designing and pondering. While so many motivational gurus (whose works I've read in conjunction with my new sales career) decry hesitating to make firm decisions and to set goals, I like the opinion of nineteenth-century novelist Margaret Oliphant, who wrote,

On the whole, embarrassment and perplexity are a kind of natural accompaniment to life and movement; and it is better to be driven out of your senses with thinking which of two things you ought to do than to do nothing whatever, and be utterly uninteresting to all the world.

While being driven out of my senses isn't an appealing prospect, I know that my dilemma could be worse.  Natural disasters such as Irma, a storm which has wreaked havoc and caused deaths in the Caribbean, make my consternation about life interrupted seem like a trivial first-world problem.  So, I’m going to be thankful and listen to the rain, cook some food, do some housework, tend to my mother, pull out my needles and graph paper, and hope this storm of indecision passes. 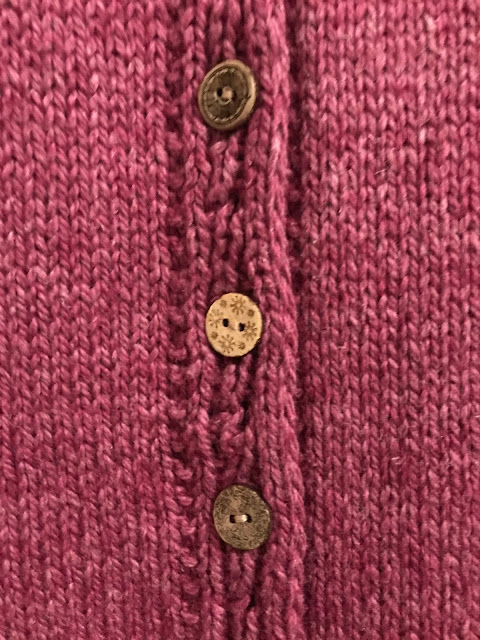 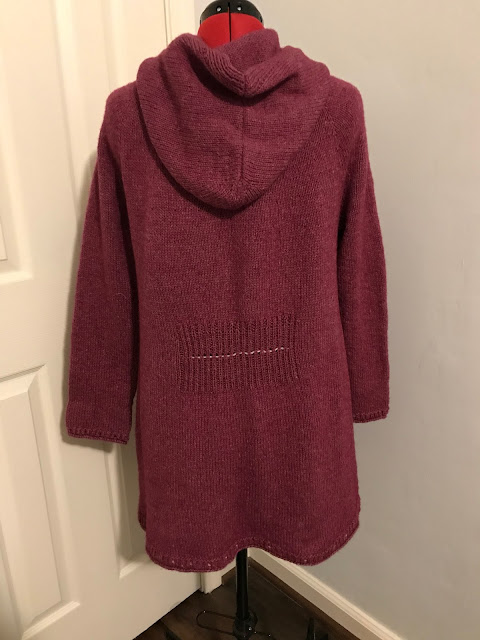