The Rule of Three

Between my knees my forehead was,—
My lips, drawn in, said not Alas!
My hair was over in the grass,
My naked ears heard the day pass.

My eyes, wide open, had the run
Of some ten weeds to fix upon;
Among those few, out of the sun,
The woodspurge flower'd, three cups in one.

From perfect grief there need not be
Wisdom or even memory:
One thing then learnt remains to me,—
The woodspurge has a cup of three.

Years ago, I had my students in a small advanced English class analyze this poem.  Except for one young man  (an avid reader who had grown up in the mountains without the distractions of television, computer, or cell phone), the group struggled with recognizing any of its symbolism, but the savvy student honed in on the “cup of three” and its possible Christian or natural symbolism.  Recently, too, I had my students read the medieval romance Sir Gawain and the Green Knight.  In this work, as in Rossetti’s, the number three is central:  three hunts by the lord of the castle, three attempts at the seduction of Gawain by a wily lady, and three blows to Gawain with an axe wielded by the giant green knight.   I have also been teaching my students something about writing speeches in preparation for upcoming presentations, and we’ve been noting the use of Aristotle’s “rule of three” (three things are powerful and are easy to remember).  An example of this rule can be seen in Marc Antony’s funeral speech in Julius Caesar, a speech which opens with the greeting, “Friends, Romans, countrymen.” Lately, too, in life (and in knitting), as in literature, I seem to keep stumbling upon this whole notion of the rule of three.


I’m currently knitting Kate Davies’ Foxglove sweater using Jamieson’s Shetland yarns in such rich heathery purples and greens that, as I ply my needles, I feel as if I’m rambling through fields of Scottish heather and thistles. (I don’t let the fact that I’ve never actually been to Scotland interfere with these romantic reveries.)  While the beginning of my knitting was smooth sailing, this garment ultimately frustrated me with its three-fold challenge.  After I’d worked the body and arms, I then began the yoke.  Using two colors, I knit nearly three-hundred stitches and did so for several rows.  But at one point, I realized that I seemed to have too many stitches on the needle, so I tore out my color-work rows and began the yoke again, feeling a bit inferior—as if I were cutting corners—as I improvised and knit two together five times in equally spaced locations around the yoke to fix the stitch count.

I then began again, worked a row or two, and then had the awful realization that I was shy five stitches.  Ugh!  I hadn't made an initial mistake.  Impatiently, I'd just glanced quickly at the chart after working the yoke rows and only thought I'd made an error.  So, once again, time number two, I ripped rows and began again.  I knit a lot of the yoke, when, after finishing rows using white and green yarn, I learned that I’d have to manipulate three colors (white, purple and green) in many of the rows.  But I devised a system, paying attention to dominant colors (those worked with the left hand) and, before long, the pretty foxgloves were nearly complete.

But the flowered section of knitted material was thick, denser and heavier than the body and arms, and this unwieldy yoke seemed to interrupt the graceful flow of the knitted fabric that I’d so carefully knit with size two needles. I went back to the pattern notes I’d hastily surveyed before casting on and saw a paragraph advising the knitter to use Elizabeth Zimmermann’s method of working three colors.  Use two colors and slip one color, and the work the same row again, slipping the previously knitted stitches and knitting the slipped stitches with the remaining color.  I tore out and began again, after doing a bit of research and figuring out a way to catch the long floats of the stem stitches.  (Pick them up in the next row.)  I’m nearly done with the yoke now and am pleased with the results.  The third time was the charm.  But why hadn’t I read the complete instructions before beginning?

My career, like my knitting, seems subject to this rule of three.  I'm so ready to begin and end a number three school year, so it can reach its climactic end.  As I’m only a quarter of the way into year two, I still have a ways to go.  With the completion of year three, I will have finished my probationary status in my new school district, have completed a renewal year for my state teaching license, and will officially have twenty-five years of full-time teaching service under my belt in North Carolina.  Because of the frightening prospect of starving to to death in my golden years, though, I’m also facing the hurdle of another big three.  Three decades in total I need to to amass in experience as a teacher.  Barring any collapse of state government, with thirty years of service, I will be able to draw a retirement that will allow me to stay in my home, eat modestly, and maybe run the air conditioner during hot Carolina summers.  Of course, I should enjoy the daily moments of satisfaction and joy and shouldn't be impatient for an uncertain future. 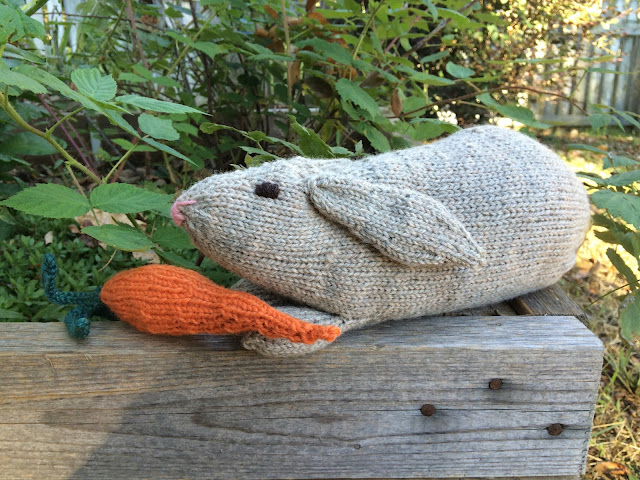 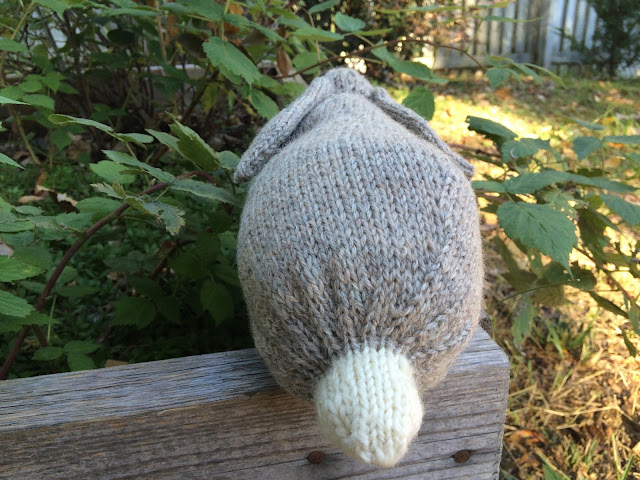 I’m also well aware that good luck, like bad, has a propensity to come in threes.  One recent Saturday afternoon at Cottage Yarn, a bubbly Tuesday-night knitting friend told me that several years ago she’d won two prizes at different events and was certain that number three was inevitable.   She got to work, organizing her co-workers to purchase a load of Powerball lottery tickets.  Before the numbers were called, though, she found herself at some kind of gathering, one where there were modest door prizes.  She explained to me how she’d sat in the audience with a sense of panic, thinking, “Don’t let me win!”  I don’t remember the specific prize she received, something like a cake pan, but she’d walked away with her treasure in tow, deflated by knowing she’d maxed out and reached magical number three.  Naturally, none of the lottery tickets was a winner.


For good or ill, I’m now working pretty steadily in my spare time on three knitting projects--my Foxglove sweater, a scarf for a gift, and  a neck wrap of my own design, while spending time at a job where, thankfully, the days may be long, but the years are short.   In fact, I just blinked and found that fall is in full swing, with winter just around the bend.  Rather than focusing any longer on patterns of three in the universe, I need to stop ruminating and enjoy the change of season, drawing inspiration from Rossetti’s poem that I can transcend my everyday cares and greater griefs in order to find solace in "a cup of three."  I can also wistfully ponder Robert Frost's wise assertion, “In three words I can sum up everything I've learned about life: it goes on.” 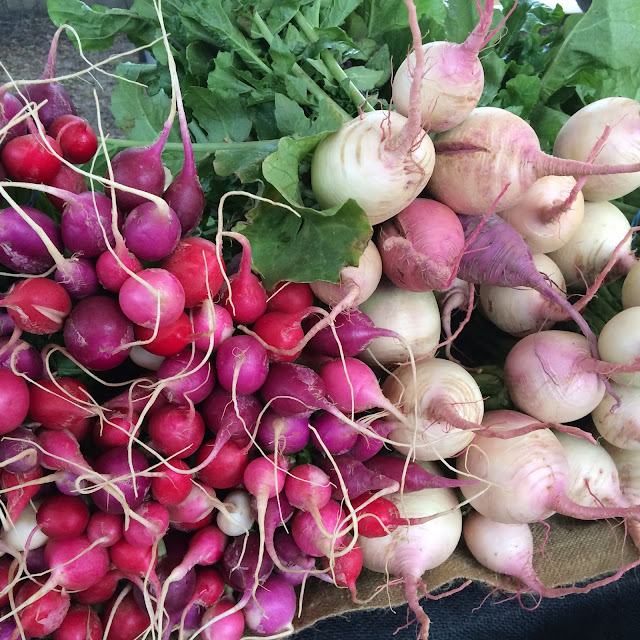 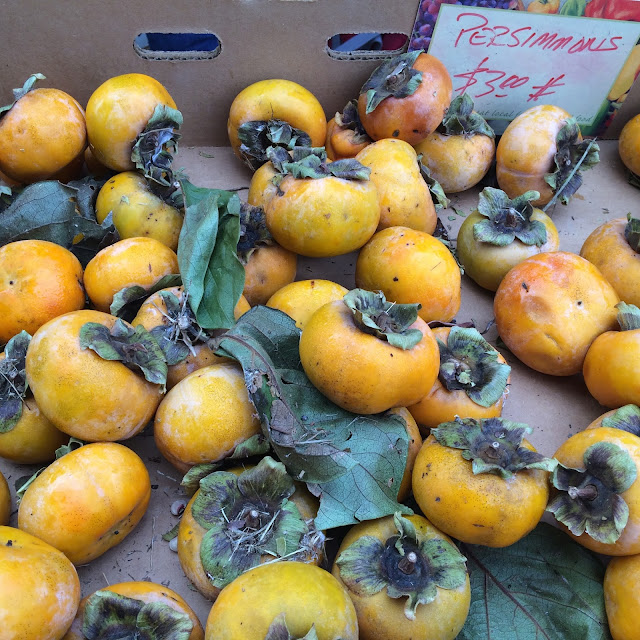 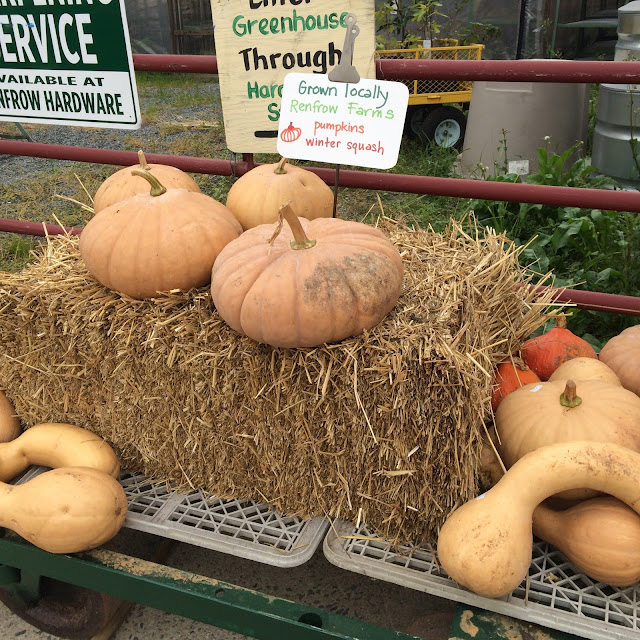