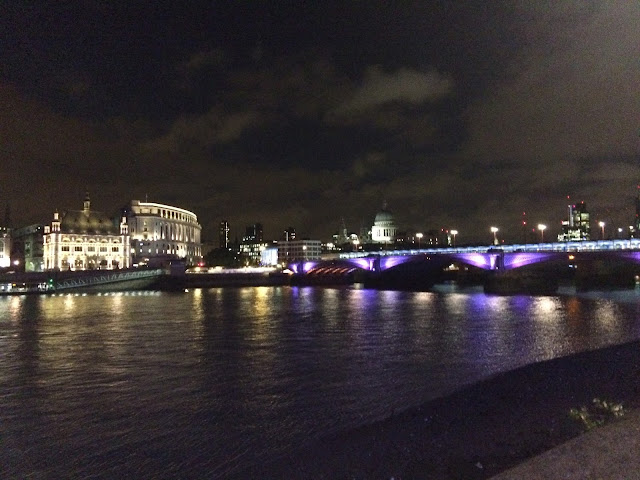 After a week in Oxfordshire and several days spent heading to and staying in Cornwall, my husband and I made an early Sunday morning train trip to London from Truro.  The  ride afforded an opportunity to have one last look at the western countryside and coastline.  While the train left Truro at 9:15 in the morning, by the time we had dragged our luggage through Paddington and rode on the suffocating Tube, we arrived at our hotel in Southwark around 4:00 p.m.

Tired and hot and both still a little stunned, not entirely over the shock of my driving mishaps, we were relieved to clean up and rest in a fresh, contemporary room at the London Bridge Hotel and then walk along the Thames to have dinner at the Albion, a restaurant with a modern take on British cuisine.

The next day, we headed on foot to The Museum of London.  In this relatively modest-sized museum, we weren’t overwhelmed by acres and acres of rooms, so we had time to read the information placards about many of the artifacts we viewed.

We headed to the hotel after our very late lunch, rested a bit, and went to the National Theater to see The Beaux’ Stratagem, a hilarious 18th century play replete with disguised identities, gold diggers (both male and female), and, of course, lots of jabs at the French.  After the show, we walked along the Thames, soaking in the twinkling lights over the river.  We were both too tired to go out to eat, so we snacked on an unhealthy late-night meal of crackers and cookies we’d picked up along the way in our earlier travels. 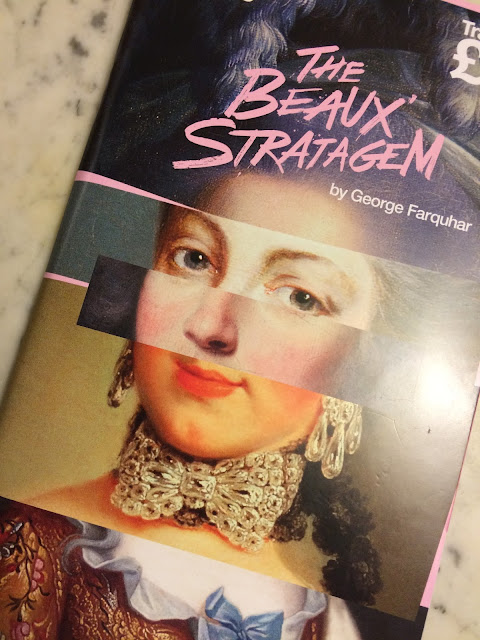 The next day, I wanted to visit Liberty of London and Fortnum and Mason, but Piccadilly almost got the best of us.  After much hot Tube riding and dodging people on crowded sidewalks, we were both worn out, so our visits to the stores were relatively quick—although I’m sure my husband would disagree!  I didn’t even buy anything in Liberty but found some creative inspiration there, and a tea towel was all that I emerged with from Fortnum and Mason. 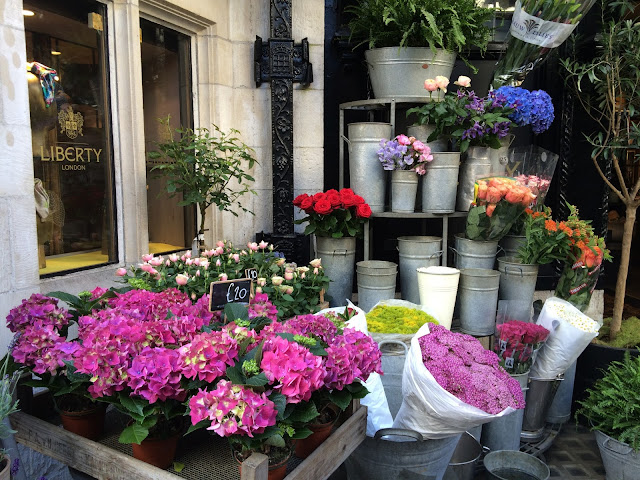 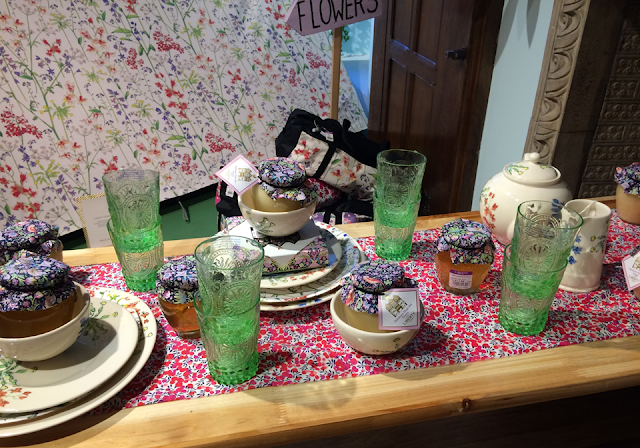 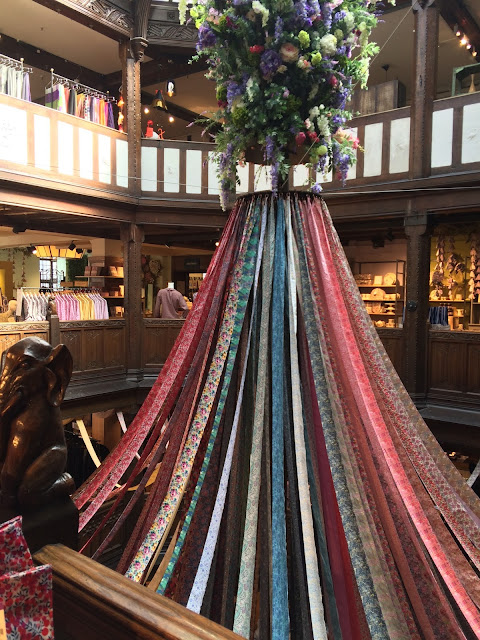 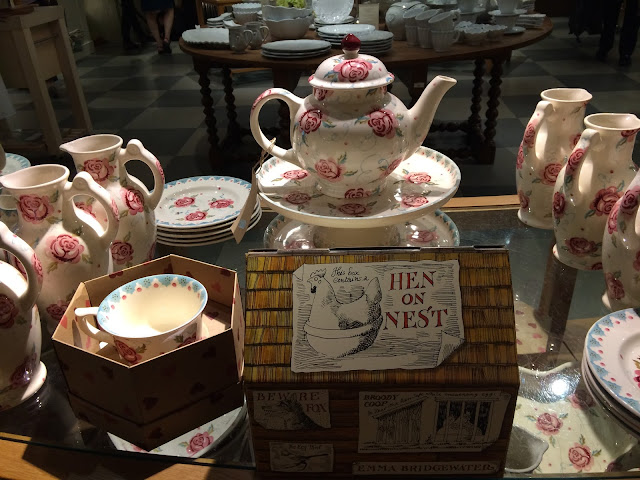 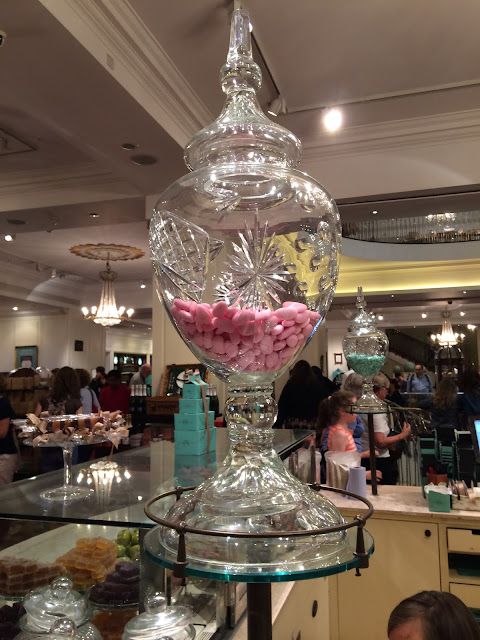 We headed to the National Gallery but, hungry and tired, we only viewed a few rooms before heading to Ye Olde Cock Tavern on Fleet Street for a satisfying lunch of fish and chips.  I generally avoid eating fried food, but felt I’d certainly burned off enough calories walking to compensate for this indulgence.  Next, Dennis wandered off on his own, and I headed to Loop once again. I did not need to purchase more yarn (What knitter truly does?) but felt I'd be letting down folks back home, if I didn't make a pilgrimage to this well-known shop. 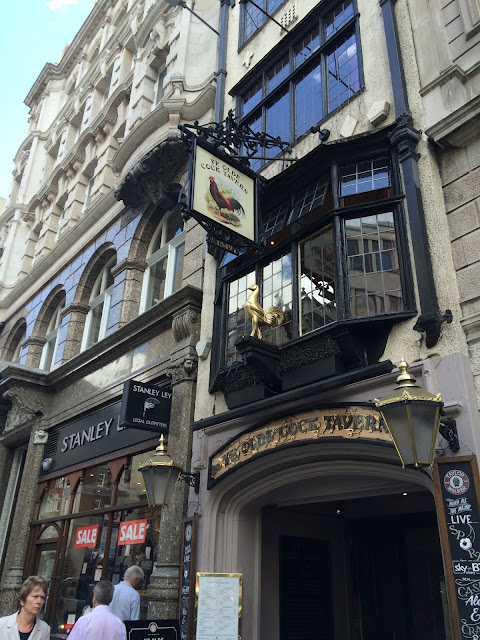 Meeting back at the hotel, we began to pack for our departure the next day.  For dinner, we planned to meet a woman whom I’d met on my last trip, when I participated in the Oxford Experience.  Another hot Tube ride!  We ate at a Chinese restaurant that was bursting at the seams but had very good food.  We walked part of the way home along Hyde Park, on crowded sidewalks in an ethnically diverse neighborhood.  I’d never seen people actually smoking a hookah before, but there were quite a few restaurants with people outside gathered around, puffing away.  Deciding to walk so far was a mistake, as it ended up taking an hour and 40 minutes all told, including the Tube ride, to return to the hotel.   My feet were blistered and we had no energy to go out to have a farewell drink along the Thames—something we’d planned to do. 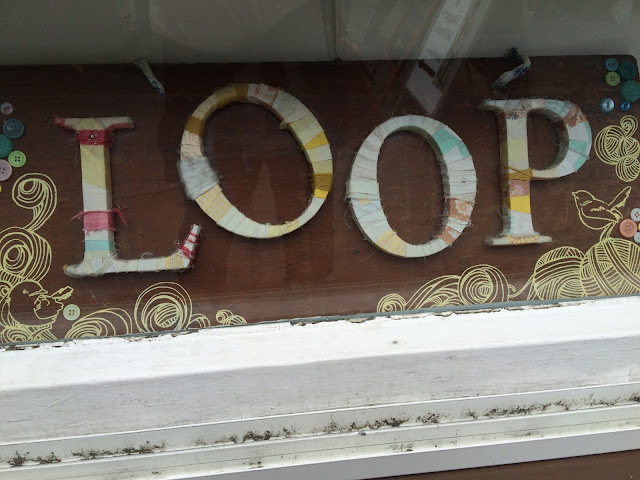 The next morning, after a marathon hour and a half riding the Tube and dragging heavy luggage (laden with jam, lots of yarn, new homemade espadrilles, and other purchases—mine, of course) through Tube stations, we arrived at Heathrow to begin our journey home.  Once again, as after each trip I’ve made overseas, I was filled with pleasurable memories and told myself that next time, I will rest.  Next time, I won’t overdo it.  Next time, I’ll pack lighter and take taxis.  Maybe I’ll learn someday.