Oxford Idyll (with Tea and Sympathy)

Last fall, my husband and I were graciously asked by my friend and fellow blogger Mrs. Thomasina Tittlemouse to spend a week with her and her family in a bucolic village in Oxfordshire, England.  Oxfordshire is a place with winding lanes, thatched-roof cottages fringed by hollyhocks, medieval churches, and patchwork fields dotted with contented cows.  While my husband and I were undergoing struggles on the home front at the time of this invitation, we had hoped that by the actual time of our journey, some of the strains would have abated.

But, when we finally drove to the airport, we were tightly wound and exhausted.  Aside from ongoing strains, including a serious medical condition that had arisen in my husband over the past school year, we were worn out from orchestrating plans to get away, an activity that was akin to coordinating a complex military operation:  arranging for my reluctant fifteen-year-old son to fly by himself to New York State to stay with a family friend, obtaining care for my ailing 90-year-old mother-in-law, finding a student to drop by the house to water plants and to check on the cat and rabbit, and seeking out a responsible adult to touch base with my eighteen-year-old son (who would be staying in our home but whose behavior made us call into question his ability to feed himself, let alone provide sustenance and water for small animals).  Finding someone to handle this formidable task was not easy, but we eventually asked a priest who had previously served as a military paratrooper—as we figured it would take someone with his faith, courage, and vigor to tackle dealing with our headstrong teenager.


We also organized care for our two dogs, creatures we felt would be better off at my sister- and brother-in-law’s farm in the country.  Since they (our relatives) spend most of their time in the mountains, we also had to contact their pet sitter to coordinate details.  My husband also had to meet with lawyers regarding two disparate situations that needed to be dealt with before our departure.  During these weeks of planning, record-breaking temperatures topped 100, a fact that added to the heaviness of our tasks and the weight of our spirits.  At the time, going on this whole enterprise seemed more and more a dubious proposition.

So it was with a bit of trepidation that we actually headed for the airport, especially when, after 25 years of legal tussles and delays, a road crew and heavy equipment showed up three days before our trip to begin demolishing my mother-in-law’s beloved blueberry patch and pecan orchard.  A new bypass is set to traverse the rural property where she has lived for over 65 years, and it will run very close to her house, taking away her driveway and her peace of mind.  Aside from stepping outside, cane in hand, to shriek at the workers--an action she took immediately--how would she react?  There seemed to be so many variables which could prove problematic while we were away.  And then there was the fact that in the course of a horribly taxing school year—one where I’d taken on a demanding new job and my husband had resigned from a part-time position due to mounting family stress and responsibilities—my husband's and my interactions had seemed largely to consist of acting like business rivals begrudgingly coordinating a deal as we touched base regarding domestic and family details.  Would we have anything to say to one another on this voyage?


And then the airline had changed our plans—we’d originally had one layover, but now we had two, and ultimately had to deal with three delayed flights and four airports teeming with people in a hurry.  But after many hours (but somehow  no time for lunch), we took our seats on a nighttime flight to England.  The pilot informed us that the plane was not full—incredibly there were 16 crew members and 112 passengers on a huge jet!  The fact that we were starving made for an airplane meal that pleased our palates as much as any gourmet repast, and I savored  the added indulgence of viewing the new Shaun the Sheep Movie while dining.  I next put on my complimentary socks and eye mask, covered myself with two blankets, spread out over four seats with armrests raised, and was able to actually get some sleep.

The bantam rooster Vladimir adds to the charming
atmosphere of Mrs. T's garden.

The following week in Oxfordshire was even more relaxed and restful—providing much needed balm to my husband’s and my troubled spirits and allowing us to interact as companionable human beings.  And, of course, our week--of being fed Mrs. T’s wonderful homemade meals, enjoying pleasant and erudite company, resting in an English garden, walking in the countryside, and sightseeing--involved a trip to a yarn shop and my obtaining materials for a future project that is thoroughly English, and, therefore, an apt souvenir of my week in Oxfordshire.  I was saddened when we left our friends, as I knew that it would be some time before we saw them again, and I also had a dread certainty that the renewing and peaceful part of our trip was over . . . . 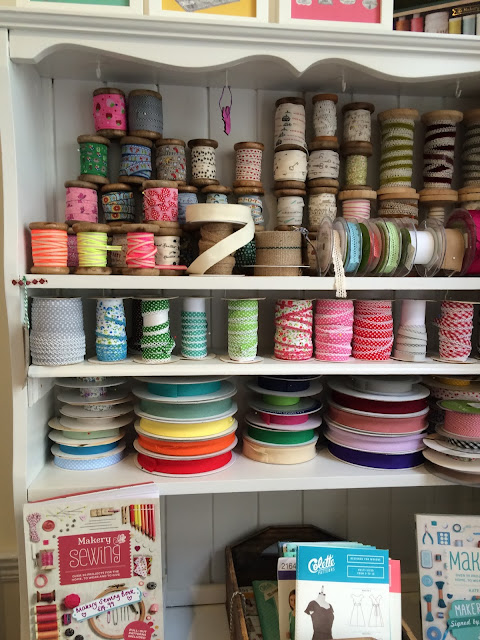 Next post:  Wild and Woolly Weekend in Cornwall (Getting There is Half the Fun!)