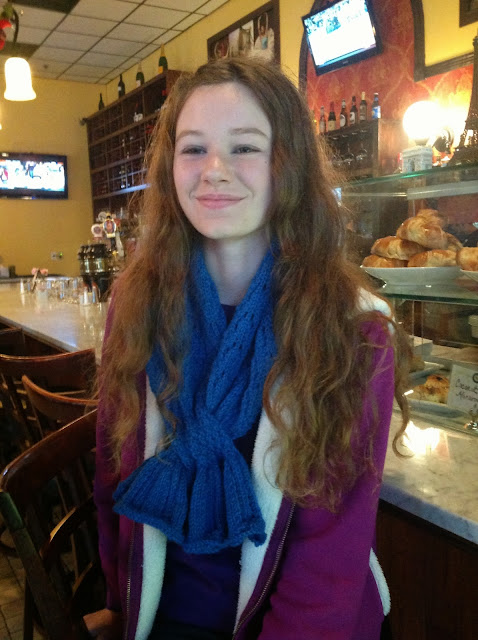 After much experimentation and some struggling with math details, I have a pattern for my Deep Gap Neck Wrap that is ready for publication. I learned a lesson about swatching from this experience.   I'd originally skipped the swatching step and raced full steam ahead, knitting my first version using Debbie Stoller Full o' Sheep.  While this yarn, which is a little heavier than typical worsted weight and looks and feels a lot like roving, did make a warm, thick winter accessory, I learned that I really should have used bigger needles and adjusted the pattern I'd written, so that the lace design wouldn't be lost in thick, somewhat tightly knitted stitches.

I decided that a worsted weight would probably work better--and  would create an accessory that would be a little lighter and, hence, suited to a variety of climates.  Before my second attempt, I did the grown-up thing and knit and blocked a gauge swatch using Universal Yarn's Deluxe Worsted. After working up this garment in a relatively short time--an experienced knitter can complete this item within a week and still go to work and complete a few other tasks every day--I washed it in the bathtub and loved the way that this yarn retained its vivid hue but opened up and softened so nicely.

So the pattern as it is now written really works the best with a worsted weight yarn. Universal does, however, make a vivid "Hot Fuchsia" hue for those who prefer my first color choice (shown in my blog post last week).  I used a provisional cast-on and worked two identical pieces and grafted them together using a three-needle bind-off--employing a size 10 needle for this process worked great and made this sometimes tedious operation a bit easier to execute.  A knitter could just as easily, however, use a long-tail cast on and sew the two pieces together when they're completed.   The seam is located at the back of the neck and the draping of the scarf hides it well, either way you work the join.  One end of the scarf fits nicely inside a "gap" in the other, so that the scarf stays on and the wearer doesn't have to worry about adjusting it. 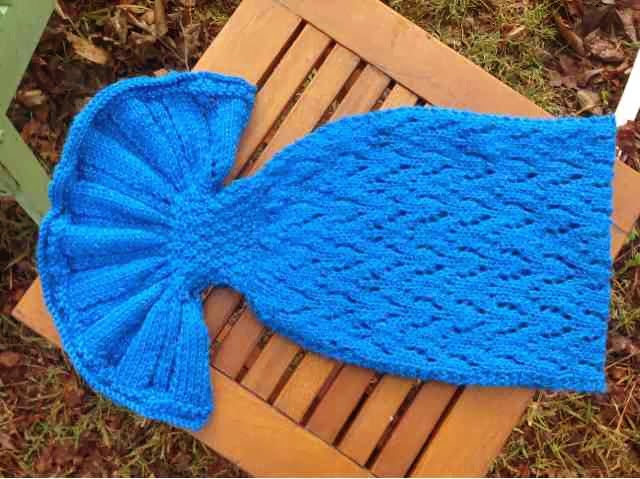 I enlisted the daughter of a close friend to model my garment.  Since we had torrential rain yesterday, I needed to find an inside location--a perfect excuse to stop by Cafe Monte, a French restaurant and coffee bar, and indulge in a cup of cappuccino and some rich gooey cheese fondue.  The cafe offered a cozy respite from the teaming rain and insane jumble of mad holiday drivers outside.  I hope the neck wrap offers a similar cozy escape from the season's chill  weather. 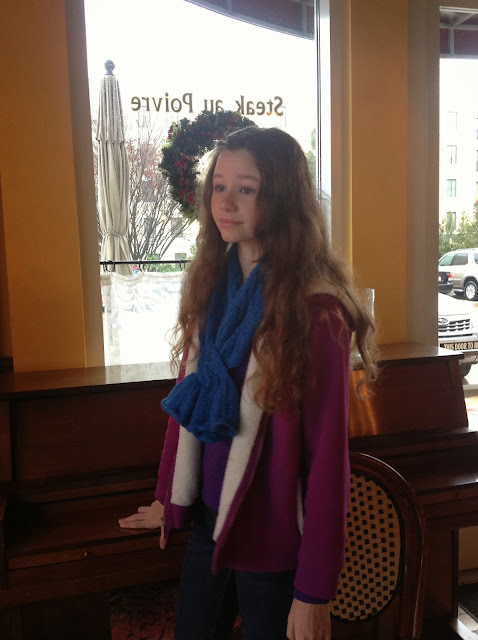