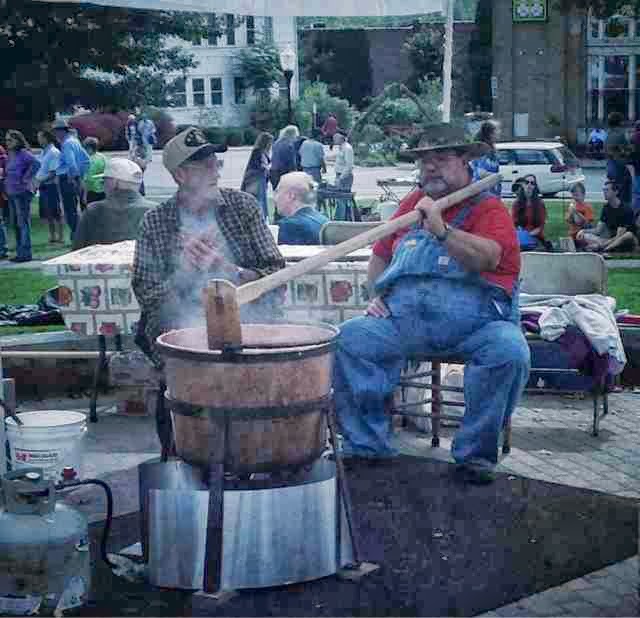 The man in the overalls is making apple butter.

After navigating through the fast-paced, densely packed traffic on the interstate circling around Charlotte, there is something very liberating about reaching the west of the city.  As one heads toward the Blue Ridge mountains, the number of cars thins out, the road begins to wind, and then there is a prominent hump in the distance--King's Mountain--a landmark which signals a dramatic geographical change.  Soon snakelike twists and turns take one into the mountains.  The air cools.  The vegetation changes and rocks jut out from steep slopes along the roadside.  When heading to quaint Burnsville, North Carolina, one also gains the sense that the clock is winding backwards, taking one back to simpler times.

My knitting retreat in Burnsville with a group of women from the Tuesday night knitting group at Cottage Yarn this past weekend offered cold nights, charming 19th century architecture, a farcical production of a Sherlock Holmes drama replete with vampires in a musty old playhouse, and an Old Time festival on the town square featuring antique cars and tractors, people dressed in Civil War garb, and a variety of vendors selling produce and crafts. 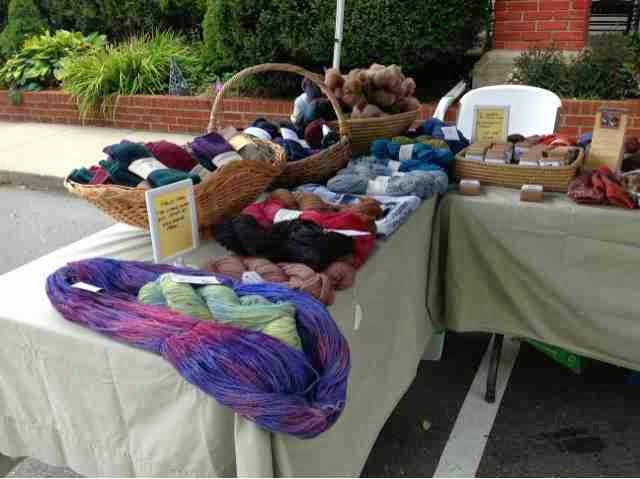 Handspun and dyed yarn was for sale right outside the doorway of our lodging, the Nu Wray Inn.


The charming little town offered so many attractions, that even though I'd traveled there to spend some time knitting, I didn't make many gains on my works in progress.  And while I did cast on a new hat, I realized after knitting about four inches that I'd purchased the wrong yarn and the weight was inappropriate for the needles I was using and had to frog this project.  The magical allure of the mountain town must have dulled my senses a bit; it certainly did distract me from accomplishing much.

I was able to visit a couple of yarn shops during my time in the mountains--Yummi Yarns in Burnsville and Friends and Fiber in Asheville--but, uncharacteristically, I didn't buy any yarn!  Both shops did offer a wealth of wonderful merchandise and I did covet some soft green Rowan Felted Tweed DK yarn in the Asheville shop, but decided that I already have too many projects on my needles along with a few patterns selected for which I've recently purchased yarn. 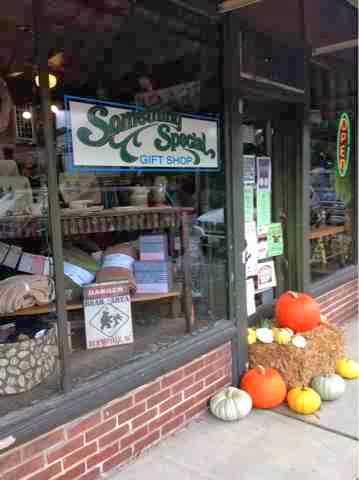 Rather than satisfying my desire to take part in a lazy mountain retreat, my few days in Burnsville are prompting me to return to the Blue Ridge in a week or two, when the leaves have turned or maybe at the end of October, when the Southeast Annual Fiber Festival take place.  By then I might be ready to do some serious yarn shopping. 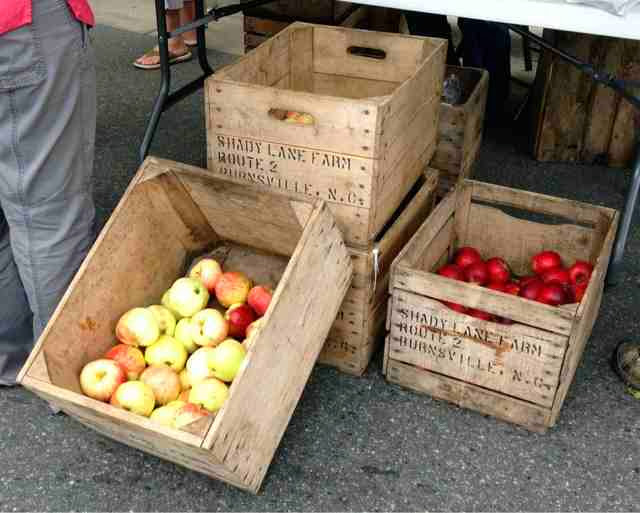 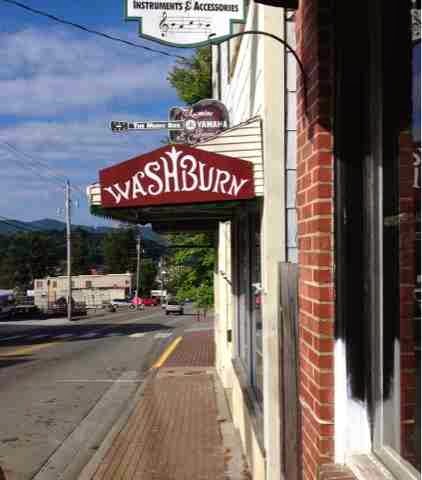 I felt right at home in this town (notice the name on the music store awning). 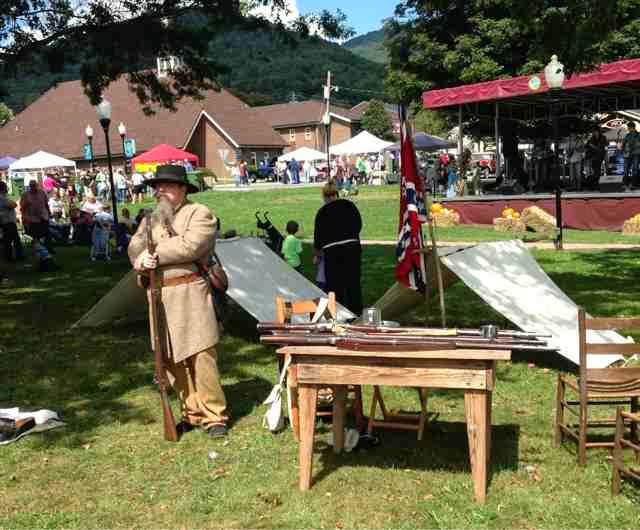